De Beers Consolidated Mines has picked up a top prize at the 2015 Standard Bank Top Women Awards, which recognise leadership in gender equality. 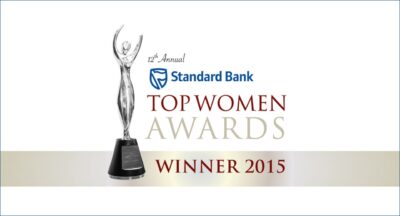 The company fought off competition from four other finalists to land the top spot in the category for Top Gender Empowered Company in the resources industry. It was one of 23 awards at the ceremony in Johannesburg on 6 August.

The awards, which have become increasingly eminent in South Africa’s corporate agenda, celebrate the women who have made a lasting contribution in the business world, as well as companies in the public and private sector showing leadership in promoting and upholding gender equality.

Phillip Barton, Chief Executive Officer of De Beers Consolidated Mines (DBCM), who was presented with the award, said: “This accolade is a testament that DBCM is making great strides to improve gender equality.

“Our transformation journey has been routed in recognition that a diverse workforce has positive impacts on the lives of all employees, while enhancing the prosperity of our business as a whole. In accepting this award, it is important that we remain humble because we still have a long way to go to achieve a workforce that is truly representative.”

He said DBCM was very fortunate to have some “really dynamic and talented women” at all levels of the organisation – and he dedicated the award to “every single female in our business”.

The other final contenders for the resources category in the 12th annual awards were the MSA Group, Lonmin Mining, Exxaro Resources and Palabora Mining.

Take a look at the DBCM video that formed part of its submission, featuring some of the women who contributed to the company’s award-winning performance.