Women in the C-Suite | Highgrade Special with Gillian Davidson 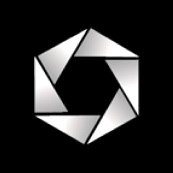 The gender debate is gaining momentum around the world – but the mining sector has been behind the curve. Up to this point, the conversation in the industry has been fragmented, sketchy, and to a large extent, emotional and reactive. Highgrade Media, alongside gender-equality champions Gillian Davidson, Gladys Smith, The German Development Agency GIZ and The Dutch Ministry of Foreign Affairs, are launching a unique interview series on gender equality in mining that is set to shake up the industry. The series captures uncompromising views of vested women and men; it takes a rigorous look at the unlevelled playing field in both the workforce and mining communities; it takes stock of the lessons learned so far, and it explores the policy options available to advance gender equality.

First interview in the series

Gillian Davidson, our IWiM – International Women in Mining Chair is one of the few women to sit on multiple mining company boards. She was interviewed to share her views on gender, diversity and inclusion in the mining sector and has a lot to say.