When we talk about equality, we tend to emphasize just how much it benefits women, people of color, and other marginalized groups. But sometimes, to motivate change, it is important to look at the bigger picture, too. This month several of our bloggers demonstrate just how much equality benefits us all.

Noah Prince argues in his post, “Feminism, Because We All Benefit,” that feminism and gender equality are extremely important to men because they allow men to break out of restrictive male gender roles and facilitate better leadership development.

According to Mark Shopiro, gender equality doesn’t just benefit us all; unequal workplaces are bad for business. You can read more about why he thinks gender equality is a serious business issue in “A Winning Formula for Gender Equality.”

Not only is gender equality good for everyone, but it needs everyone too. Conrad Liveris convincingly argues in “Mind the Gap” that solving the gender gap in our workplaces requires young men’s involvement. 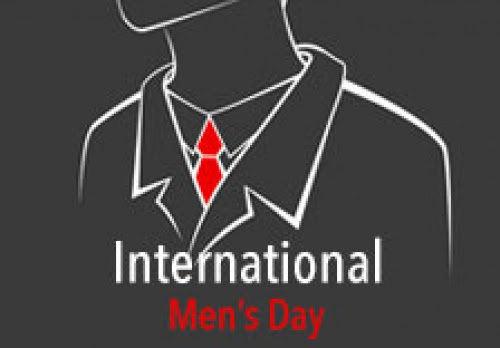 Did you know that International Men’s Day happened in November? At first glance it may seem like a bit of a strange day to celebrate, but Cliff Leek argues thatit has its uses, particularly as an important day to talk about masculinity.

Work/life balance is another crucial gender equality issue that can feel especially poignant as the holidays approach.

In “Born in the House of Work,” Bill Proudman describes his own struggles with work/life balance and finds that the solution isn’t as simple as working less.

Indeed, Bill isn’t alone in that struggle. Scott Behson tells the story of a CEO who made huge changes in his career to make more room for family in “Another CEO Chooses Fatherhood.”

But men, and our beliefs about what it means to be a good man at home and at work, are changing. Jason Hamilton makes the case that perhaps it’s time for a new kind of man’s man.

Finally, there are ways in which even men who aren’t parents can support co-workers who are. Noah Prince shares some ideas for how to “Stand With Co-Workers Who Parent.”

Cliff Leek compiled some of the most compelling writing about this male feminist “moment” and offered valuable lessons for men involved in gender equality work in his post, “Learning from the Missteps of Our Brothers.” The tips he offers include doing our homework, seeing beyond self-interest, and remembering to look inward.

Believe it or not, fathers being more involved in their children’s lives can go a long way toward supporting gender equality in the workplace. Michael Kimmel lays out exactly why that is true in his post, “Support Women by Taking Paternity Leave.”

Jeanine Prime, leader of the Catalyst Research Center for Advancing Leader Effectiveness, brought the discussion of men’s parenting home by addressing specific barriers to men’s involvement in their children’s lives. According to Prime, “when confronted with the realities of work and family, women and men alike often succumb to the same gender norms they once vowed to avoid.”