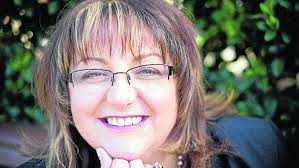 The challenge of being involved in the inner workings of the world’s largest thermal coal producer is the one of the most rewarding parts of Michelle Lawson’s job.

Equally rewarding is seeing other women prosper in what was once a male-dominated industry.

She is a member of a small group of financial controllers within the company that these days have to crunch the numbers and see what’s working and what has to change – making, at times, very difficult decisions to keep the company profitable.

This is a challenging period for the coal mining industry with prices for thermal coal languishing 60 per cent below their 2011 prices. But, according to Ms Lawson, working during such tough times is extremely rewarding because you can make a difference.

She cited the example of West Wallsend mine where geotechnical issues with the longwall in July could have resulted in the mine shutting earlier than planned. “We put our heads together and came up with a solution of using equipment from our underground mine in Queensland which enabled us to keep the mine operational,” she said. “That was good news for our workforce and the company but we really had to prove to everyone that it was the way to go.”

Ms Lawson lists a number of firsts in her CV – she is the first female director with Glencore Coal and she is also the only female to fill this role. She is also chairman of the board at several of Glencore’s joint ventures, once again a first for the company.

This year she was the NSW finalist for Gender Diversity Champion in the Women in Resources National Awards and, recently, she has been advised she has been included as one of the Top 100 Global Inspirational Women in Mining. Not bad for someone who never thought of the coal industry as a career choice when she left school.

“When I started my first job in the mining industry all I knew about coal was that it was black,” she joked. “Our industry has come a long way in a short period of time because until 1989 it was illegal for women to work underground in NSW or Queensland.”

Ms Lawson was raised in Newcastle, where her father Lance Nicholls worked for Port Waratah Coal Service, and before joining the mining industry in 1998 she trained as a chartered accountant gaining her Bachelor of Commerce from Queensland’s James Cook University. She worked in a general accounting practice in Townsville where she said she was able to take on every aspect of the business.

“But I really wanted to do more than look at the accounts at the end of the financial year – I really wanted to build those figures and improve the business,” she said. With that in mind she took up her first mining job on the greenfield Bengalla Mine, near Muswellbrook, as its financial accountant. “Working on a new mine was a wonderful learning experience – I made contacts, learnt about open cut production and construction, you name it that was the beginning of my career in mining,” she said. From there she worked at numerous mines eventually joining Xstrata in 2002 at Liddell Coal. She took on her current role in 2010 – just in time for the boom.

When she undertakes tours of coal mines as part of her director’s role, workers often think she is merely there to take notes for the other males who accompany her. Not too upset by their mistake, Ms Lawson is keen to see more woman gain prominent positions in the industry. To this end, she is a member of the NSW Women in Mining Network and was part of the inaugural mentoring program conducted this year. “The aim of this program is to attract women into the mining industry and keep them there,” she said.

The mentoring program is formal and structured, matching the mentor and the “mentee” through a psycho-metrically designed system. You can’t be matched with anyone from the company you currently work for and you meet or have contact five-to-seven times during the program.” “Mentors can be male or female but the mentees are always female.” Ms Lawson, who was the mentor for Karlie Goddard at Bengalla, said she found the program very rewarding and has signed up for the 2016 program.

As to the future, she remains very positive about her industry but doesn’t see herself taking over from the big boss Ivan Glasenberg – just yet.