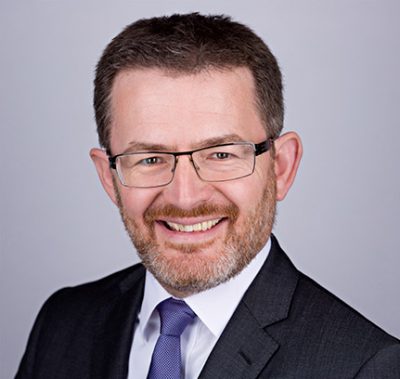 LONDON, October 15, 2018: Jon Samuel, Group Head of Social Performance and Engagement at Anglo American, is joining the board of International Women in Mining, deepening the expertise and diversity of the organisation’s non-executive team.

IWiM, which was set up at the end of 2007, supports thousands of women professionals working in the mining and metals sector. It is the fastest growing network for women in the mining industry, with members in over 100 countries, supporting 50+ Women in Mining (WIM) groups around the world.

Barbara Dischinger, IWiM’s CEO, said: “We are thrilled to have Jon joining us as a non-executive director. We want to make sure our board is as diverse and inclusive as possible and expand the skills and experience of our directors. Jon’s appointment strengthens our team and puts us in a better position to meet our objectives.”

Samuel, who is based in London, leads a global team at Anglo American with responsibility for the development and delivery of policies, strategies, community development programmes and professional development relating to the company’s host communities, and for liaison with key external partners engaging on the mining and sustainability agenda.

Samuel was also a part of the core team that developed Anglo American’s innovative Sustainability Strategy, which includes ambitious targets in a range of sustainability-related areas, aligned with the UN’s Sustainable Development Goals.

Commenting on his appointment Samuel said: “I’m delighted to be asked to serve on the Board of IWiM. Enhancing the diversity of our workforce is a priority for Anglo American and the wider mining industry, and I’m very much looking forward to contributing to IWiM’s important work.”

Part of IWiM’s objectives for 2018/2019 are to grow relationships with international organisations, expand its research team and output and develop the impact of current projects like the mentoring, leadership and conference speaking initiatives.

About Jon Samuel
Jon Samuel is a Senior Associate of the University of Cambridge Institute for Sustainability Leadership, a trustee of the Anglo American Foundation and a Director of the Development Partner Institute. In 2012 he was recognised by Business in the Community (BITC), one of Prince Charles’s charities, as one of 150 leaders who had made a significant contribution to responsible business practices in the UK in the thirty years since BITC was founded. Jon is an economist by training and studied at University College London and the University of Cambridge.

Our vision: Changing the world today for a more inclusive tomorrow.

What we do:
• To change the mining industry for the better – by enabling greater gender parity.
• To change male-dominated attitudes and behaviours, so that women can thrive in their work environments, careers.
• More women in executive management and more women on boards in the sector.
• Support and assist local WIM chapters.
• Provide role models for the younger generation.
• Be the connecting piece: helping women create WIM chapters, connect WIM chapters to each other and to members.
• Be a voice for women where there is not a WIM chapter.
• Develop projects that aim to make the mining sector more inclusive.
• Track data around women in mining.

About Anglo American
Anglo American is a global diversified mining business and our products are the essential ingredients in almost every aspect of modern life. Our portfolio of world-class competitive mining operations and undeveloped resources provides the metals and minerals to meet the growing consumer-driven demands of the world’s developed and maturing economies. With our people at the heart of our business, we use innovative practices and the latest technologies to discover new resources and mine, process, move and market our products to our customers around the world.

As a responsible miner – of diamonds (through De Beers), copper, platinum and other precious metals, iron ore, coal and nickel – we are the custodians of what are precious natural resources. We work together with our key partners and stakeholders to unlock the sustainable value that those resources represent for our shareholders, the communities and countries in which we operate and for society at large. Anglo American is re-imagining mining to improve people’s lives. www.angloamerican.com