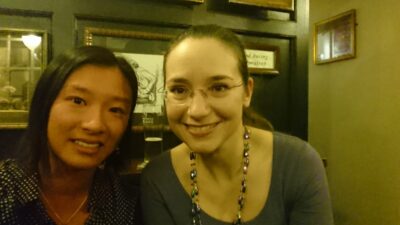 A heartfelt thank you to all of you for helping me make IWIM a reality and turn it into the successful organisation it is today! Thank you!!

I wanted to reflect on volunteering: what does it mean officially and to me and where does the word come from.

We define volunteering as any activity that involves spending time, unpaid, doing something that aims to benefit the environment or someone (individuals or groups) other than, or in addition to, close relatives. Central to this definition is the fact that volunteering must be a choice freely made by each individual.

This can include formal activity undertaken through public, private and voluntary organisations as well as informal community participation and social action.

Volunteering is generally considered an altruistic activity where an individual or group provides services for no financial or social gain “to benefit another person, group or organization”.[1] Volunteering is also renowned for skill development and is often intended to promote goodness or to improve human quality of life. Volunteering may have positive benefits for the volunteer as well as for the person or community served.[2] It is also intended to make contacts for possible employment. Many volunteers are specifically trained in the areas they work, such as medicine, education, or emergency rescue. Others serve on an as-needed basis, such as in response to a natural disaster.

Etymology (origin of the Word)

The verb was first recorded in 1755. It was derived from the noun volunteer, in C.1600, “one who offers himself for military service,” from the Middle French voluntaire.[3] In the non-military sense, the word was first recorded during the 1630s. The word volunteering has more recent usage—still predominantly military—coinciding with the phrase community service.[3][4] In a military context, a volunteer army is a military body whose soldiers chose to enter service, as opposed to having been conscripted. Such volunteers do not work “for free” and are given regular pay.

During this time, America experienced the Great Awakening. People became aware of the disadvantaged and realized the cause for movement against slavery. Younger people started helping the needy in their communities[citation needed]. In 1851, the first YMCA in the United States was started, followed seven years later by the first YWCA. During the American Civil War, women volunteered their time to sew supplies for the soldiers and the “Angel of the Battlefield” Clara Barton and a team of volunteers began providing aid to servicemen. Barton founded the American Red Cross in 1881 and began mobilizing volunteers for disaster relief operations, including relief for victims of the Johnstown Flood in 1889.

The Salvation Army is one of the oldest and largest organizations working for disadvantaged people. Though it is a charity organization, it has organized a number of volunteering programs since its inception.[5] Prior to the 19th century, few formal charitable organizations existed to assist people in need.

The Great Depression saw one of the first large-scale, nationwide efforts to coordinate volunteering for a specific need. During World War II, thousands of volunteer offices supervised the volunteers who helped with the many needs of the military and the home front, including collecting supplies, entertaining soldiers on leave, and caring for the injured.[5]

After World War II, people shifted the focus of their altruistic passions to other areas, including helping the poor and volunteering overseas. A major development was the Peace Corps in the United States in 1960. When President Lyndon B. Johnson declared a War on Poverty in 1964, volunteer opportunities started to expand and continued into the next few decades. The process for finding volunteer work became more formalized, with more volunteer centers forming and new ways to find work appearing on the World Wide Web.[5]

According to the Corporation for National and Community Service (in 2012), about 64.5 million Americans, or 26.5 percent of the adult population, gave 7.9 billion hours of volunteer service worth $175 billion. This calculates at about 125–150 hours per year or 3 hours per week at a rate of $22 per hour. Volunteer hours in the UK are similar; the data for other countries is unavailable.

In 1960, after the so called revolutionary war in Cuba ended, Ernesto Che Guevara created the concept of volunteering work. It was created with the intention that workers across the country volunteer a few hours of work on their work centers.

To volunteer means giving up personal time so it needs to mean something or bring something to you and from my experience it either brings purpose (working on a cause that is important to you) or bringing relationships, connections, career advancement, visibility, reputation etc.

To me it doesn’t matter in which category you sit; what matters is that you want to contribute little or a lot of your time depending on your life circumstances.

What it means to me is

To name a few…

Together we can achieve so much more and change is possible, it starts with all of us. If we want a more inclusive sector or better opportunities for our children or whatever the big vision we can be that change

Artisanal women in mining in DRC have come together and on the back of a lot of volunteering a national plan for gender in mining was put in place by government. A reminder that we have power as one and even more if we unite.

If you do want to join our active team there are plenty of exciting areas and projects to work on. http://internationalwimlive.loc/jobs/volunteer-with-iwim/

I had the privilege to meeting Holstein yesterday who volunteered with us a while back and I am meeting Resa for dinner on Friday; she is on her way back home from Indaba. I look forward to meeting our Toronto volunteers at PDAC.

Again, a BIG THANK YOU to you all contributing and all together making IWIM the success it is today! Thank you!!

People who helped from little to loads, giving either time or money. Everything was preciously appreciated!!!

I do hope not to have forgotten anyone