First female mine safety commissioner to start on Monday 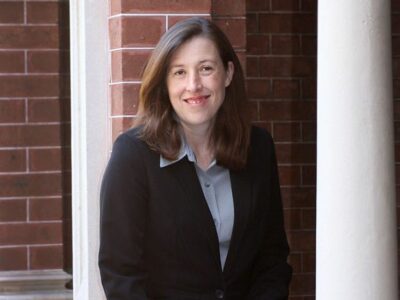 As a young mining engineer in South Africa, Katherine du Preez faced a challenge – it was illegal for women to work underground.

She became the first woman in that country to hold a mine manager’s certificate of competency, however, and on Monday will be appointed Queensland’s first Commissioner for Mine Safety and Health.

She has worked in the mining industry for decades and has more than 16 years’ experience in operational mines in South Africa and Queensland.

“When I started in mining it was technically illegal for women to work underground in South Africa,” she said.

She said although the world had changed since she started work in the early 1990s, more needed to be done to encourage young girls to work in the mining and technology sectors.

“The more female faces we can attract in the mining industry, the more young women will see it as a career option,” she said.

“I’ve never heard a young girl say ‘I want to be a mining engineer’.”

Ms du Preez starts in the role as Queensland’s mining industry faces a black lung crisis. The mining union says eight Queensland miners have been diagnosed with the disease since the discovery of its re-emergence late last year.

Ms du Preez said she wanted to be an “advocate” for worker safety and work closely with the industry, government and unions on the issue.

“Queensland already has a quite high safety standard. I want to maintain that,” she said.

“Ms du Preez brings more than 16 years of experience in operational mining in South Africa and Queensland to this important position,” he said.

“Ms du Preez’s experience and expertise is welcome as government works with unions and industry to implement its five-point action plan to tackle the re-emergence of coal workers’ pneumoconiosis.”

Ms du Preez is also an international figure skating judge. As a child she skated competitively in South Africa, but was unable to compete internationally due to global sanctions against the country because of apartheid.

She has represented Australia as a figure skating judge.