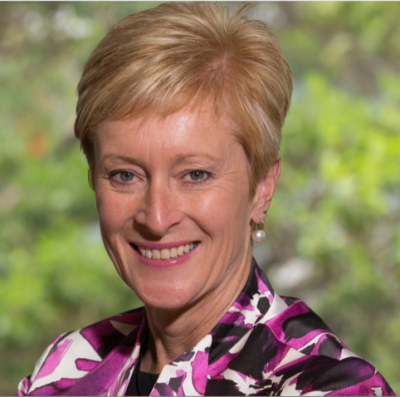 Just because you are outnumbered doesn’t mean you are wrong…. So never, ever give up

Australian Dr Vanessa Guthrie has an impressive and diverse career spanning 30 years in the resources sector. Early on she realised that she wanted to work in an industry that creates value from natural resources and improves the quality of people’s lives. She loves being part of something that is physical, practical and direct. She ignored advice at school actively discouraging her from pursuing a university career to focus on getting married and having children and has since been recognised on the world’s Top 100 list of inspirational woman in mining globally. But it’s been no easy ride to the top. She has grabbed every opportunity along the way and way urges other to do the same. Vanessa is about to become one of the mentors on the International Women in Resources Mentoring Programme, created by IWiM, WIM Canada and Metisphere, because she says it is time to give back. She wants to help others learn, grow and progress into the leadership roles they deserve.

What made you choose a career in mining?

I first went to university to study environmental science and engineering but found myself fascinated by geology, apart from any other factor, it was my best subject in my first year at university and the classes were full of boys!!

As I progressed through my university studies and into the workforce, I quickly came to the conclusion that I wanted to work in an industry which creates value from our natural resources and by doing so, improves the quality of life for so many people.

I love being part of an industry that is physical, practical and direct. You can see the benefits we provide in everyday lives around the world.

What is your experience of being a woman working in the mining sector?

That is hard to capture in a few words. It has been rewarding, challenging, confronting, inspiring, and there are times when I have felt isolated and in despair that I would ever be able to contribute to my full potential.

Make no mistake, my career in mining has at times been a tough and challenging road. But overall, I would say I have always earned my place at the table and been respected, even when I am the lone voice in the room.

I am grateful for all the opportunities mining has afforded me. I am often asked these days what sort of difference it makes to performance by having a woman in the team, or at the board table.

My answer is pretty simple — I have no idea. Because by the very nature of being different, I have mostly been the catalyst for change. What I can say is that no matter which team I joined, I was always focussed on contributing to the business of mining — which provided me with a fabulous foundation on which to be the best I could be.

You’ve had a great career, have you had mentors and sponsors that helped you on the way?

I rarely had formally recognised mentors throughout my career — but I have had many people who have sponsored and mentored me, whether I knew it or not. Mostly these have been my direct managers — people who saw some potential in me that I was not able to see in myself, and who took a risk and provided me with outstanding opportunities to grow.

I am incredibly grateful to those men (and yes, they were mostly men), who took a chance on me and contributed to my career.

Why have you chosen to become a mentor for the IWRMP?

Simply put — it is time for me to give back. I am not one to pull the rope ladder up after me. I want to help others learn and grow from my experiences and see women progress in our industry into the leadership roles they deserve.
Could you share one or two challenges you’ve experienced in your career and how you overcame them?

Oh gosh — my career is full of them! I think one of the hardest was my first day going to run a mining operation as mine manager —  joining a new company, moving to a new location, and leaping into a new role.

I recall as my husband kissed me goodbye and wished me luck, he said: “Just remember they will be more scared of you, than you are of them!” He was probably right!!

What are you passionate about in your work?

Getting the best out of others and helping them grow to fulfil their potential. I get a real buzz out of watching others excel and knowing that I had a hand in that (however small). That doesn’t mean I am soft and kind – I can be pretty tough on my team. But it is with the best of intent.

What is one thing you wish you’d been told when you were starting out that you know now?

Just because you are outnumbered doesn’t mean you are wrong…. it just means you have more work to do to convince others to go with your ideas. So never, ever give up.

Are you pro targets or pro quotas for women on boards?

This is something I have thought about deeply. I used to be very opposed to quotas. But I have come to the observation that the countries in the world that have truly shifted the dial on women in leadership are those that have quotas for women on boards. So maybe I am more pro quotas these days.

Anyway — who cares how you get invited into the room? If the door is open for you — run through it and perform! I bet you will outperform everyone there, because you know you have been afforded an incredible opportunity and you can and will make a contribution.

Why are there are so few women at the top alongside you? What more needs to be done?

Even when I was finishing school I was actively discouraged by my teachers from pursuing a university career and was told it would be better for me to get a good job until I was married and had children. While other girls I went to school with did just that, I was never very good at listening to that advice.

In that context, I think it is easy to understand why there are so few women in leadership roles in our industry today. Those of us who have made it have confronted many barriers that are currently being eliminated — things like having to resign because you were pregnant or being told you couldn’t do a job because it was “too hard for women to do,” or that an opportunity would not come your way because you would likely waste it when you left to start a family.

I do believe that those of us who experienced these barriers are at the bow wave of change — the few women who came before me are the pioneers, and our generation are the building blocks for a different future.

I believe as an industry, mining has come a long way on the structural and policy front, we have business frameworks now that actively support women in their careers. However, the aspects we now need to work on are cultural — unconscious biases, unacceptable behaviours and outdated decision-making processes.

The more women we have changing the dynamic at the top of the industry, the quicker we will reap the rewards that a diverse leadership group can deliver.
Any advice to young women starting out in their careers?

Be patient. It doesn’t have to happen by the time you are 30. (Note to self… I could have done with that advice when I was younger!)

Don’t expect opportunities because you are a woman — create them for yourself through your own performance.

And equally don’t accept or tolerate bad behaviour towards yourself or others as a woman — be brave and call it when you see it. You will be surprised at how many men, as well as women, will thank you for having the courage to stand up for the values of respect and dignity.

Which of your skills has been most useful in your career?

Active listening… two ears and one mouth that should be used in that proportion.

Emotional intelligence, or radar, or interpersonal skills — call it what you will, the ability to read and empathise with the other person is critical to success.

And a “titanium backbone” — the resilience to take whatever comes and never let it defeat you or turn you into a victim, but to embrace the challenge and grow from it. My life is richer because I accepted every knockback as just another challenge that would lead to yet another way to grow and learn.

Dr Vanessa Guthrie is a highly accomplished Executive and Director with a career spanning thirty years in the resources sector, in diverse roles across gold, base metals, aluminium, oil and gas and uranium projects and operations. Vanessa has qualifications in geology, environment, law and business management including a PhD in Geology. She was awarded an Honorary Doctor of Science from Curtin University in 2017 for her contribution to sustainability, innovation and policy leadership in the resources industry.

Vanessa is the Chair of the Minerals Council of Australia, Deputy Chair of the WACA, a Non-Executive Director of Santos Limited, Adelaide Brighton Limited, Vimy Resources Limited and the Australian Broadcasting Corporation and Council Member of Curtin University. She is an active member of the Australian Institute of Company Directors and Chief Executive Women (CEW), and a Fellow of the Australian Academy of Technological Sciences and Engineering (ATSE).

In 2013, Vanessa was recognised by the mining industry as the Outstanding Professional Woman from the WA Chamber of Minerals and Energy and was one of the world’s Top 100 list of inspirational women in mining globally.

IWRMP aims to empower and promote the career prospects of women working in the international resources industry bydeveloping productive mentoring partnerships to assist in creating a more diverse and gender progressive industry.
www.iwrmp.com