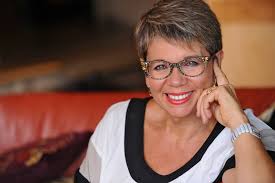 The Women in Mining Canada Trailblazer Award is the first national award in Canada to recognize the achievements of women who have made a significant contribution to Canadian mining and/or the inclusion of women in the industry. The natural resource sector has the poorest representation of women in management, with women representing just 11% of board appointments, making this year’s recipient a true “Trailblazer”.

The Trailblazer Award was established by Women in Mining Canada in 2013 as a yearly award, which “recognizes women who have taken personal career risks and helped to advance the careers of other women”. The award recognizes individuals working to build a world-class industry which provides attractive career opportunities and enhances the recognition and participation of women in the sector.

WIM Canada’s objective is focussed on increasing the awareness towards the promotion and participation of women in all occupations of our mining industry in keeping with a number of actions worldwide to develop and implement a national action plan to increase the number of women in the mining sector.