The Female FTSE Board Report 2012: Milestone or Millstone

Home » Reports » The Female FTSE Board Report 2012: Milestone or Millstone 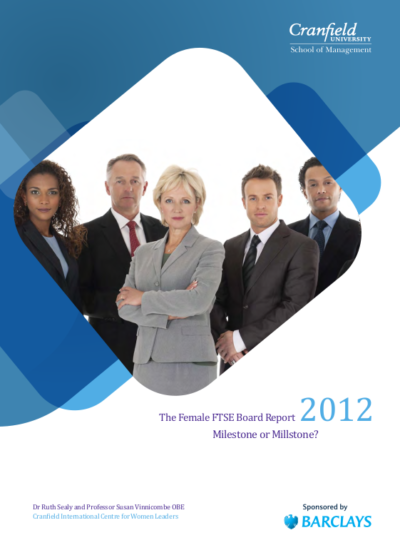 2012 has seen a step change in the number of women appointed onto FTSE 100 companies following the publication of the Davies Report in February 2011. The number of women holding 163 FTSE 100 board seats is 141, an increase of 25 on the 2010 igures. There are now 20 female executive directorships and 143 female non‐executive directorships. Overall the percentage of board directors who are female is 15%, an uplift of 21⁄2% on what was a three year plateau. The number of companies with no women on the board has dropped to 11 and the number of companies with more than one woman on the board has increased to 50.
Download report
Visit Website
View Source