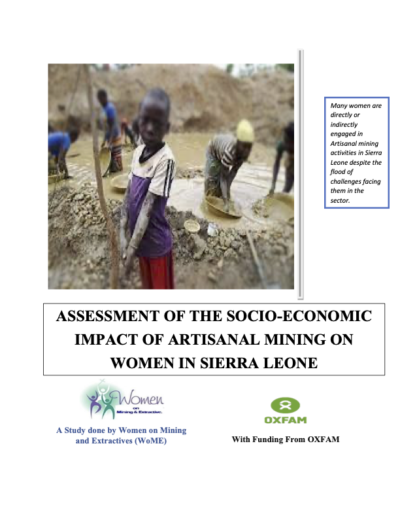 Artisanal and Small-Scale Mining (ASM) around the world continues to grow. There are currently an estimated 40.5 million people directly involved in the activity—and around 150 million people indirectly dependent on it and women make up a significant number of sector participants. Although there is a critical lack of data, women are believed to account for up to 30 percent of the global ASM workforce, and up to 50 percent in Africa : In some cases (such as Guinea) the proportion reaches as high as 75 percent. Despite the significant number of women involved in Artisanal Mining in various capacities, there is a serious lack of recognition in almost all spheres, including development programs, public and private sectors, mining communities, or even academia.
Download report
Visit Website