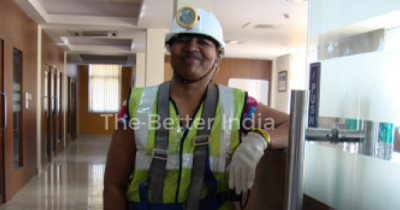 We welcomed Rachel Etter-Phoya to our group. Rachel is the founder of www.mininginmalawi.com, and is active in mining governance issues through her current posting as Head of Accountability, Policy and Programmes, Citizens for Justice. She is based in Lilongwe.

IWiM’s Africa Group will partner with ASI on the first part of a research project about mining law and policy and its impact on the participation of women in the industry. Malawi and Sierra Leone have been selected as target countries and Kenya (and possibly South Africa) will be used as comparator countries. Wendy will lead the project from IWiM’s side. The goal is to present the findings of the research either at Indaba or on International Women’s Day, and then to seek donor funding to expand the project.

Wendy organised and participated on a “Women in Mining” panel at The Mining Show 2016, held October 25-26 in Dubai. The panel included women researchers, as well as representatives from private industry and government.

We have identified 3 WiM groups in Kenya, which seem to operate independently of one another. “Women in Energy and Extractives” was established a few years ago by Lucky Okudo. The website is www.wexafrica.org, and the group is active on Facebook and LinkedIn. One of the main goals of the group is to encourage more young women to study extractives-related subjects. Another WiM group was formed a few months ago, and we have had contact with Joyce Misoi, an Interim Board Member. They have yet to define any projects, although Joyce herself has an interest in artisanal miners. And then Barbara met Monica Gichuhi Mwai at Mines & Money, London who works with the Kenyan government and is also running a WiM group.

In October, Deborah met with Hellen Chasowa, Regional Chairperson, South, for Malawi’s Women in Mining Association (MAWIMA). Most of MAWIMA’s members are artisanal miners, extracting gemstones and industrial minerals as an alternative to subsistence agriculture. MAWIMA’s members would like to add value to the gemstones they are mining, to increase their incomes and develop sustainable livelihoods. They are seeking project sponsorship for a tumbling machine and a drill, to make beads and create jewellery for Malawi’s burgeoning tourist trade. Deborah and Rachel will discuss ways to support MAWIMA in this effort.

Intelligence Transfer (ITC), in partnership with the Ministry of Mines & Energy Namibia, organised the 1st Annual Women in Mining Namibia conference, held on November 17th and 18th in Windhoek. The conference was aimed at “uplifting and empowering women within the Namibian mining industry”. We heard from De Beers’ Head of Social Performance, Katie Fergusson that Namibia and Botswana have many dynamic women working at their mine sites – hopefully they will organise local WiM groups!

Birgit has been instrumental in having several IWiM members participate at the upcoming 8th Annual Women in Mining conference, to be held Feb 22-24 in Johannesburg. Along with Wendy, Monica Ospina and Dr. Gargi Mishra will give presentations and have received top billing beside Cynthia Carroll.

On October 5th and 6th, the 5th Annual Mineral Wealth Conference (MWC2016) was held at the Kampala Serena Hotel. The goal of the conference was to highlight Uganda as an attractive country for mineral exploration and was organized in partnership with the African Union Commission (AUC), the Ministry of Energy & Mineral Development and the Ministry of Foreign Affairs.

Women in Mining Mongolia is a proud partner for Mining Investment Asia 2017
Mining Investment Asia 2017 is a conference and exhibition for leaders of the mining, quarrying and construction materials industries, bringing together ministers, mining companies, investors and service providers traveling from all over Asia and other regions for four days of partnering, networking and business matching.

Women in Mining Mongolia is partnering with the event organizers to hold the first day of this conference devoted to  “Women In Mining“. Join us at an invaluable platform to seek new partnerships, new business and new opportunities.

Chandrani’s father worked as a mining engineer in Western Coalfields Limited, in Chandrapur, Maharashtra. She had always been fascinated by the stories about the mines that her father shared with her. By the time Chandrani was in Class 10, she had made up her mind to pursue a career in mining.

“Once there was a fire inside the mines and my father had to stay in the office for two days. When he came back, he told me how they had handled the situation. Everything seemed so interesting and surprising that I could not wait to work like my father,” recalls Chandrani.

After finishing her schooling in 1992, Chandrani did a diploma course in Mining & Mine Surveying in 1995 from Govt. Polytechnic College, Nagpur.

It was obvious that after her diploma she wanted to pursue a Bachelor’s degree in mining. However, to her surprise, no engineering college would grant her admission in mining engineering.

“People kept suggesting to me that I take up courses in computers or IT, which are more women specific. But I would ask them: ‘Who has decided what is woman specific?’ Besides, my family was always by my side as they knew how passionate I was about mining,” says Dr. Chandrani.

Next, Chandrani and her father contacted a lawyer. A petition was filed that there can be no gender discrimination in education. The proceedings took a year and finally, in 1996, Chandrani got admission in the mining engineering course as a ‘special case’.

The nominations for 2017 Women in Resources National Awards (WIRNA) are now open. View the CME website for information.

The Tasmanian Minerals and Energy Council (TMEC) in conjunction with the AusIMM Women in Mining Network Tasmania (WIMnet) are also accepting applications for the 2017 Tasmanian Women in Resources Awards. View here.

BHP Plans for 50% women in its workforce

WIM Chile is going to publish a portrait of 100 women in mining in Chile and is asking women to come froward by the 31st of December.  http://100mujeres.womeninminingchile.cl/

Women Who Rock is proud to present the third annual Auction for Action.

Take your career to the next level and attend this exciting evening for a chance to bid on a one-hour mentorship session with some of the most celebrated leaders in the mining industry.

The auction is open to everyone and for the first time, men can also bid on mentors but they must nominate a female colleague or student as the participant in the mentorship session.

Proceeds from our event will go to Mining Matters, a charitable organization dedicated to bringing knowledge and awareness about Canada’s geology and mineral resources to students, educators and the public. The organization provides current information about rocks, minerals, metals, mining and the diverse career opportunities available in the minerals industry.

In order to keep the event affordable for students and women who are just starting in the profession, Women Who Rock is offering bid sponsorships through its ‘I Wannabe Mentored’ competition. Additionally, it has lowered the maximum bid to $500.

To date, we have confirmed 16 mining leaders who have graciously agreed to become mentors for the 2017 Auction for Action. Stay tuned to discover who will be on the auction block.

MiHR, a Canadian not-for-profit organization that address the HR and labour market challenges facing the Canadian minerals and metals sector published a study on diversity practices that included the IWiM community case study on Women on Mining Boards webinars! Strengthening Mining’s Talent Alloy ― Exemplary Practices in Inclusion has been published on the MiHR website and includes the International Women in Mining Community Case Study. view the report

Women in Mining Canada has launched two new awards – applications are due soon and the presentation will be at PDAC 2017!

The Student Trailblazer is to recognize women students who have played a pivotal role in highlighting the role of women in the industry.

The Rick Hutson Memorial Award recognizes mentors and coaches who have supported, and advised women along their journey, either in school or in their careers in mining.

And of course, we have the original Trailblazer award.
Head on over to their website to get more information! http://wimcanada.org/awards/ Please pass this message on to those you think should apply.

Are very proud to announce their very own Barbara Caelles as the recipient of  AME BC‘s Frank Woodside Past Presidents and Past Chairs Award for 2016.

Barbara has been involved in women’s groups since she was appointed to the Women Geoscientists Committee in 1975, of which she became Chair in 1977. She is a founding member of Women in Mining British Columbia (formerly known as Women in Mining Vancouver), sits on the executive of the Greater Vancouver Mining Women’s Association, and was part of the BC HR Task Force, Diversity-Women Sub-committee. Her depth of knowledge, experience, and passion has driven Women in Mining BC to what it has become today. We are extremely grateful for her guidance and leadership. Congratulations Barbara!

AME will salute its leaders at the AME Awards Celebration of Excellence Gala on January 25 during the AME Roundup 2017 conference. Tickets are available through registration at www.amebc.ca/roundup.