From geologists to truck drivers, women have been working jobs in the mining industry for much of the last half century. Yet for all their progress, women are still largely under-represented in the industry, prompting some trade groups to take a closer look at gender disparity. Reno Public Radio’s Julia Ritchey brings us the first in our series this week on issues in modern day mining.

Listen to the story.

Melanie McGarva is standing in front of a CAT 793-D haul truck at Newmont’s Gold Mine in Carlin, Nevada. The mammoth vehicle is 21 feet tall, 23 feet wide and 43 feet long. When fully loaded, it weighs almost 9,000 pounds. 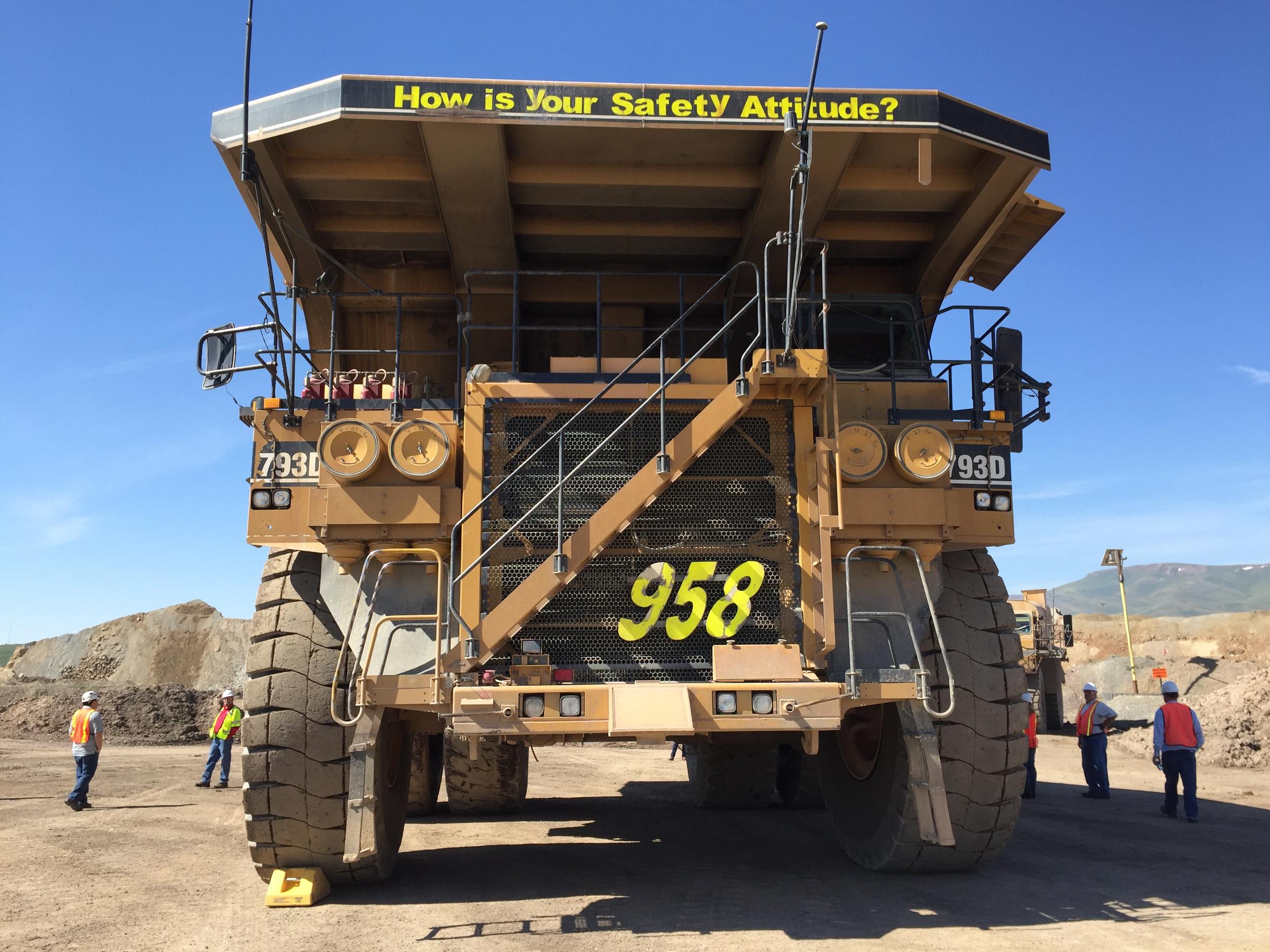 The ore haul truck McGarva learned how to drive when she started at Newmont. She says the biggest challenge for women in mining is finding reliable child care.
CREDIT JULIA RITCHEY

McGarva, who’s worked at Newmont for eight years, learned how to drive one in just a few days, and she’s taught plenty of other women how to drive them, too.

She says when she first decided to work in mining, she wasn’t this confident. Now, she’s encouraging other women in her life to give it a shot.

“Actually one of my babysitters said, ‘I kind of need to find something,’ so I encouraged her, and now she’s one of the drillers out in the crew,’” says McGarva. “She got out here, and she was kind of timid to begin with, and then after a while was like ‘Woohoo! Look at me!’ and away she went.”

For more rural parts of the state, pay can be a big draw for mining jobs.

Someone starting out driving haul trucks, like the gigantic CAT at Newmont, could receive anywhere from $25-30 an hour. Newmont puts its average salary at $75,000, which includes positions with higher skill sets, including supervisors and geologists.

Yet despite this hook…

“Women are still the minority here,” says McGarva. “I don’t think it’s for any other reason then just not as many people put in.”

Nevada isn’t unique in this. A 2015 survey from the U.S. Bureau of Labor statistics put the percentage of women in mining and related industries at 13 percent, or just under 120,000 people.

Dana Bennett is president of the Nevada Mining Association, a statewide trade organization. She says there’s not enough good data on how many women are working in the industry and where, particularly in Nevada.

That’s why their organization is conducting a statewide survey asking questions like….

“Where are they, how long have they been in the industry, and to also get a sense too of what their concerns may be or what their enthusiasms are for the job that they have,” says Bennett.

Nevada’s mines employ a total of 11,000 people directly and up to 28,000 indirectly. It turns out one of the biggest challenges for women in mining is an obstacle faced by many working moms.

“I think they’re not all that different from any other industry,” says Bennett. “A lot of times women are single moms, or they’re moms with little kids, and so they’re concerned about the hours in which they’re going to be working.”

At goldmines like Newmont, which are 24/7 operations, that can mean tough schedules. Shifts can be 10-12 hours long and alternate between days and nights.

McGarva says even in a city like Elko, where mining is a main employer, child care can be dodgy. She has two kids, ages 10 and 11, and has had to rely on babysitters, friends and family.

“Elko, I don’t think, is really set up for it,” she says. “However, I think it’s a case by case basis, but there’s no day care, there’s nothing set up for our schedule.”

Still, for someone without a college degree, mining presents a path for opportunity not presented elsewhere. 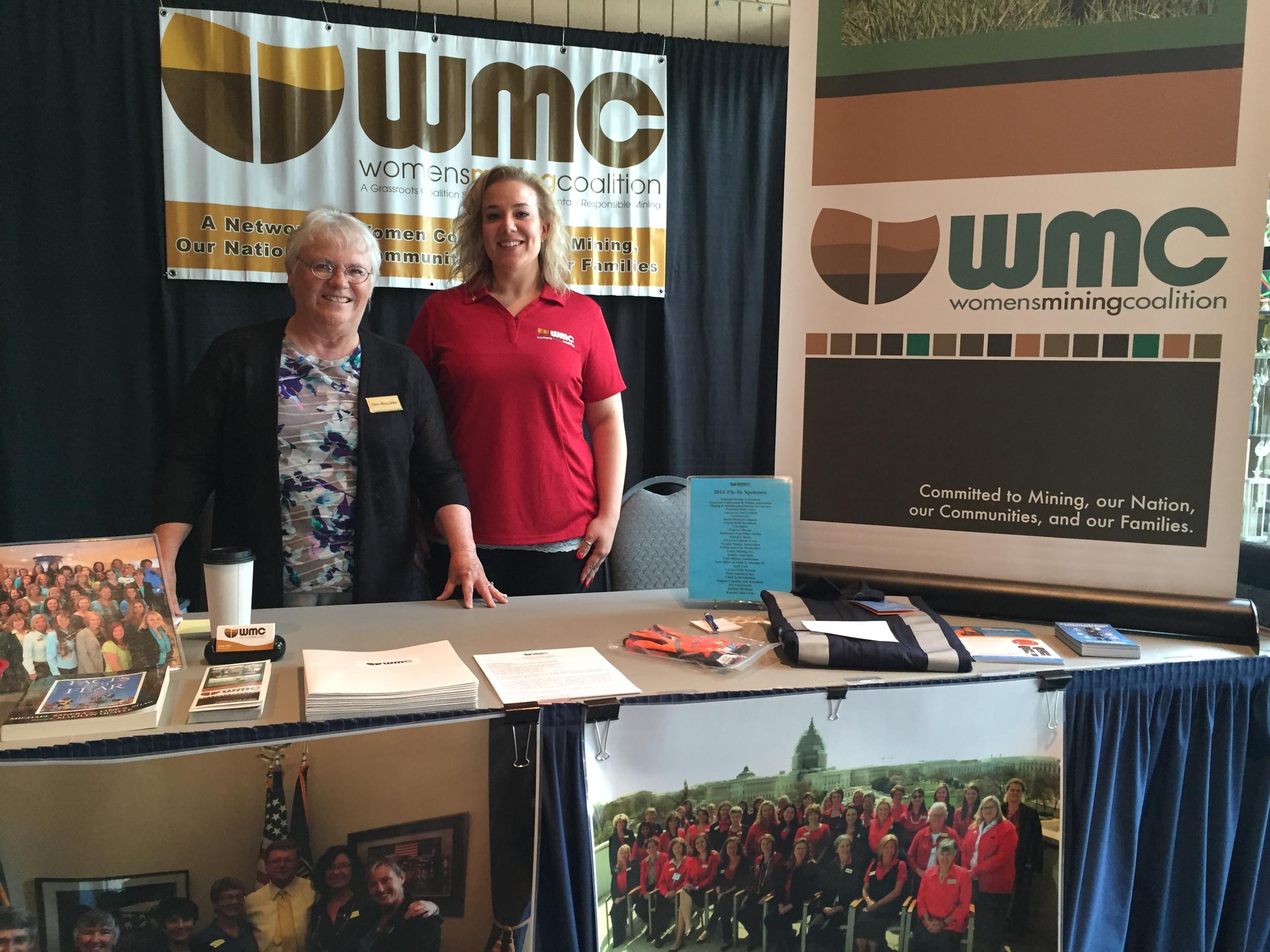 Lynne Volpi and Deanna Hall stand at the Women’s Mining Coalition booth at the Elko Mining Expo earlier this month. Volpi says there are more opportunities for women to advance in the industry than before, though they’re still under-represented.
CREDIT JULIA RITCHEY

“I actually got into mining by word of mouth. I moved to a really, really small town and they said, ‘This is it, this is the highest paying job.’ And it’s a very, very safe mine.”

That’s Deanna Hall, a continuous improvement facilitator at Round Mountain Gold mine in central Nevada.

She was 18 when she started working in mining and made $19 per hour. She was shy and a little freaked out at first.

“I was mostly terrified,” says Hall. “I was just out of high school and not knowing anything about mining at all. I was just really naive to it. …When I started there, I had never driven a pickup in my entire life, I had actually only driven a Dodge Neon. The learning curve was pretty big, but they definitely develop their people.”

Now, Hall loves the work. Round Mountain, like other mines, skews male, but Hall counts among her colleagues women welders, general foremen and superintendents.

She says a milestone for her career was when she joined the Women’s Mining Coalition, a trade group that lobbies lawmakers on mining interests. 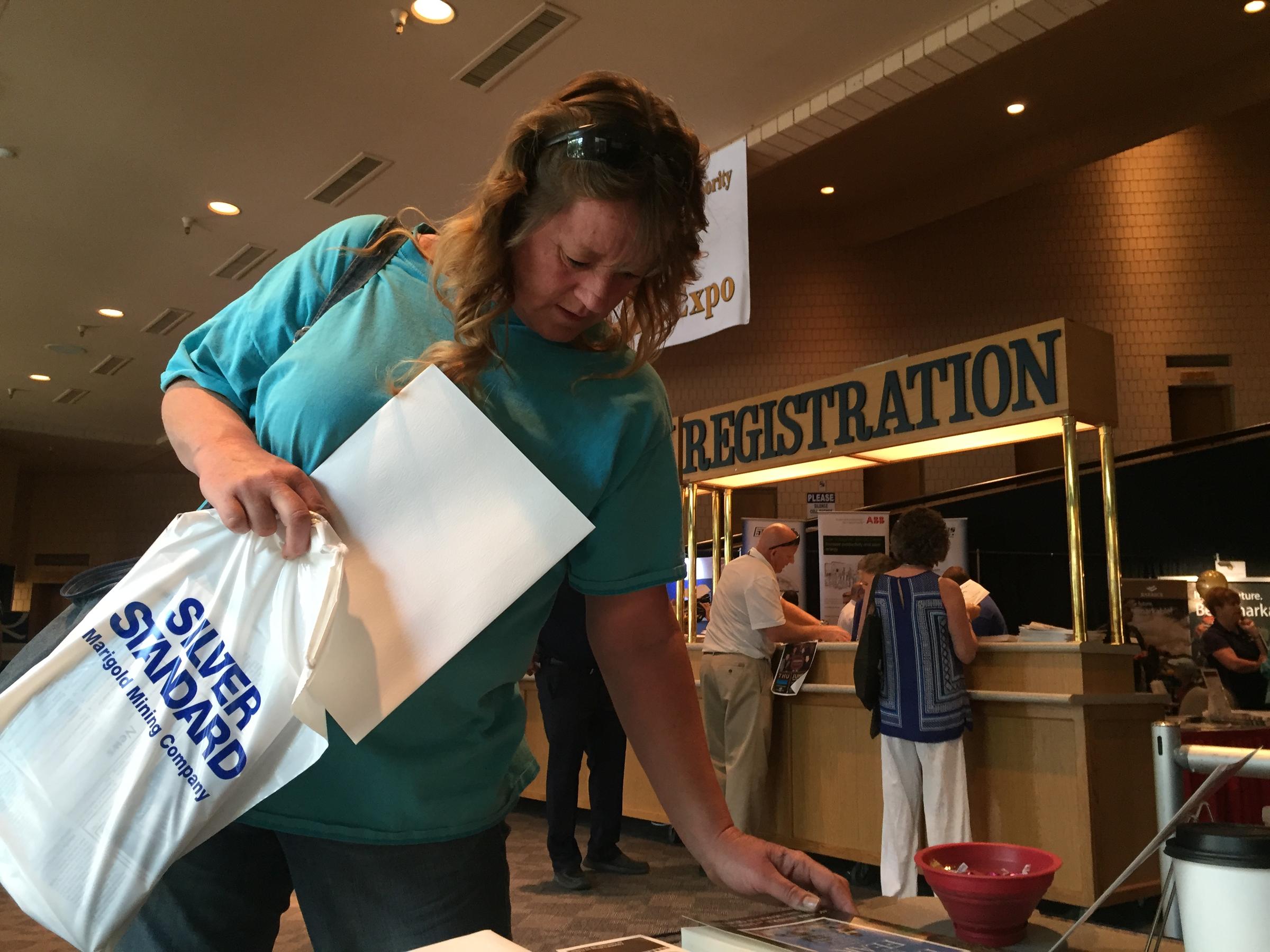 The coalition was founded in 1993 in Reno by three women geologists, and now has more than 200 members across the country. The group made their most recent trip to D.C. in April, with 38 women.

Of course, men are mindful of the gender gap, too. Tim Arnold is the president of the Society for Mineral, Metallurgy and Exploration for the U.S.

“Ten or 15 years ago, maybe 10 percent of our mining engineers were women,” says Arnold. “Now, we’re much higher. Not 50/50 yet, but much higher. And what we need to figure out is how to mentor those people.”

Despite higher enrollments, Arnold says, many of the boards of mining companies are still not as diverse as they could be. Arnold wants to see more companies grooming potential candidates to eventually take on more leadership roles.