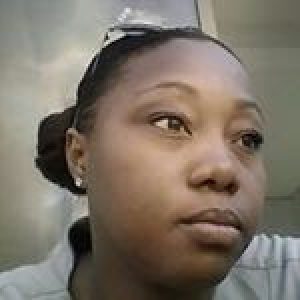 Be yourself, wherever you go, in whatever you do. Acceptance not adaption is needed.

Guyana’s Urica Primus has been an agent of change since an early age. The 25-year old president of the Guyana Women Miners Organisation (GWMO) is an unabashed workaholic who campaigns hard for diversity and to break the stereotype that women can only hold menial positions in the mining sector. She is also passionate about dealing with the social issues that mining is associated with and is actively involved in combating human trafficking in Guyana. She comes from a mining family who have supported and helped her as she has progressed to run her own operation.

Urica Yernesi Primus, 25, was raised in the humble village of Bartica, and moved to Georgetown to pursue her high school education. She started philanthropic work at sixteen years, volunteering at the Convalescent Home while attending School of the Nations. She was one of the founding members of Youths for Guyana, where she served as vice president and treasurer. She also got elected as vice president of the Guyana Women Miners Org in 2013 and works in the administration of the organization. Furthermore, Urica has been actively involved in combating human trafficking in Guyana by planning rescues and implementing measures to improve the organisation’s data collection. She has also fostered two victims of trafficking and she provided them with an opportunity to get an education and attend court. She is a passionate volunteer and a World Merit Agent of Change.

Urica had the privilege of being selected to attend the UNAOC-EF Summer School in 2015, in New York. On August 5th 2015, she was elected as the president of the GWMO. Most recently, Urica was appointed as a member of the Board of Directors of the Guyana Geology and Mines Commission, representing the GWMO. At the first board meeting she was elected Vice Chairman.