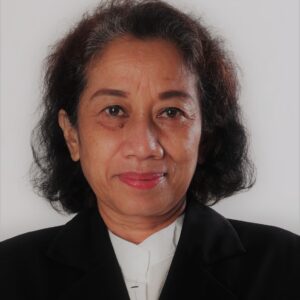 Never underestimate yourself. You are capable of doing anything when you have willingness to learn, ask, and seek.

Mining engineer Retno Nartani entered the industry in the early 1980s, at a time when very few women even considered this as a career option, and in a country in which women’s roles were culturally defined very differently. Thirty years later, she is well known in the Indonesian mining community, as her curiosity and skill in learning from her surroundings have facilitated her career path progression. Her success in rising to become a director of a large mining group is due, in no small part, to the very supportive environment created by her first employer and their commitment to employee development and diversity. As a mother of three, she is proud of her family and their support. Retno is now focused on giving back to the industry, paying forward by sharing her knowledge and experiences with others, encouraging younger miners to achieve the best they can dream of, and promoting safety and Good Mining Practice.