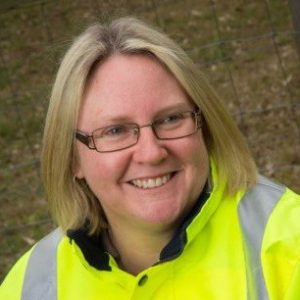 Job title (at time of interview)Director & Principal Consultant at MEGMS

As a woman the more you believe in yourself the better; self-promotion is key and that is all about being confident

Australian geologist Marianne Harvey is pushing at the boundaries as she prepares for an all-female science voyage with Antarctica as the backdrop. Come December she’ll spend 20 days on a boat headed to Antarctica as part of the Homeward Project. She couldn’t pass up the opportunity, not only because of ‘the cool rocks and penguins’ but because it offers training in communications and leadership. Marianne is passionate about communication and developing her skills in this area and she’s willing to challenge ideas as she thinks this normally pays off. Her advice is be confident and not be afraid to speak up because a little bit of self-promotion goes a long way as demonstrated by our male peers, who’ve dominated mining in the past.

Marianne Harvey is a geologist, business owner and mother of two young boys. Born in Sydney and raised in a modest suburban household, Marianne’s decision to become a geologist instead of a music teacher came as a surprise to her non-scientific parents. Her mother’s advice that geology would be a male-dominated and remote field to work in proved to be the case. Marianne’s career has taken her from the top of Australia as a student geo in Weipa to the pits of the earth underground in Mount Isa.

Currently based in the Hunter Valley of NSW consulting through her own business, MEGMS, Marianne has worked in the mining industry for more than 20 years.

Marianne’s goal for the future is to become a Geoscience Communicator and, to this end, she will hone her skills aboard a boat to Antarctica in December 2016 on a world-first strategic leadership training programme for women in science – the Homeward Bound Project.