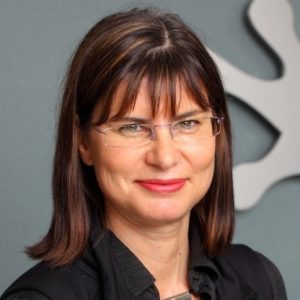 Regard your female skills as an advantage

Elizabeth Lewis-Gray is co-founder and Chair of Gekko Systems, based in Ballarat, Victoria. She is Chair of Austmine, the largest industry body representing the mining equipment, technology and services (METS) sector in Australia. Elizabeth was inducted into the Australian Businesswomen’s Hall of Fame in 2000.

Elizabeth Lewis-Gray is co-founder and Chair of Gekko Systems, based in Ballarat, Victoria. Gekko is a world leader in gold and silver processing technology, and energy (processing) efficient modular plants, design, construction and operation. The company was established in 1996 and in addition to its head office in Ballarat, has offices in Perth, Vancouver, Johannesburg, and Santiago.

Elizabeth is Chair of Austmine, the peak industry body in Australia for the mining equipment, technology and services (METS) sector, a $90 billion industry. She was a member of the Australian Federal Government’s National Precincts Board and after eight years, recently retired from the Innovation Australia Board. Elizabeth was inducted into the Australian Businesswoman’s Hall of Fame in 2000, is a Fellow of the Financial Services Institute of Australasia (FINSIA), and has won several awards including the Warren Centre’s Innovation Heroes Award.

The Patron of CEEC (Coalition for Eco-Efficient Comminution), Elizabeth was visionary in the formation of this not-for-profit organisation which aims to accelerate knowledge and change transfer in the field of eco-efficient comminution. CEEC has the capacity to have a meaningful global impact on energy consumption in mining and has recently been awarded the 2013 Mining Magazine Editor’s award.

Prior to her involvement in the mining sector, Elizabeth worked in stockbroking and strategic planning. Her qualifications include a Bachelor Degree in Economics, and a Masters in Business Management.