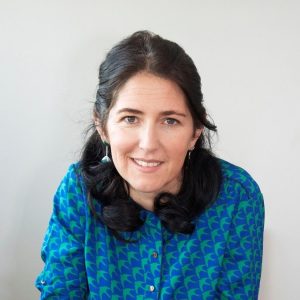 Chilean Claudia Monreal has worked across South America, Canada and Australia as a mining engineer/geo-statistician fulfilling her passion to understand geology. Being abroad has also taught her how much mining has in common across countries and cultures. A mother of three, she chose consultancy to better manage time with her family. But she says there are many inequalities against women in the industry. Although she has had some brilliant experiences working with male colleagues her question is: “Should I be grateful? Are they grateful that their peers treat them with respect?” She encourages women to get into mining and believes that women and men are meant to work together, not against each other, not in gender clans. Inequality and social barriers just make it harder for everyone. “This world is changing and we have to go faster in our crusades,” she says.

Claudia Monreal is a mining Engineer with 18 years of professional experience and a Master degree in business specializing in geostatistics. She has done consultancy work on resources and geological modelling on a large number of deposits in South America: Venezuela, Brazil, Peru and Argentina, and of most of the most important mines in Chile. She has worked in Canada for Vale Potash and Australia for Iron Ore and some copper and gold deposits and in Indonesia on copper projects.

Being abroad has shown her how much mining has in common across countries and cultures and also allowed her to incorporate good practices from everywhere. She worked 4 years as part of the resources team at the Chuquicamata Mine in Chile.

Claudia has three children aged 22, 18 and 12. They have been a vital component in her career. She chose to do consultancy instead of committing to an operational role because this allowed her to manage her time around her children. “We have learned together and mining has given us a lot of life lasting experiences.”