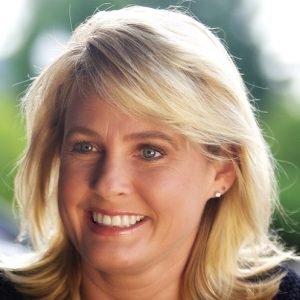 If you don’t ask it will never happen and sometimes you need to ask more than once!

Mining has been in Chantae Lessard’s family for generations; four generations to be exact. Growing up, Chantae says a career in mining was never considered but as fate would have it she landed a role as a paralegal/health, safety, environment executive assistant at Kennecott Utah Copper in Salt Lake City, Utah, and that role changed her life and her career. She’s now Manager Corporate Social Responsibility at Lundin Mining Corp, Canada. It’s not the mining itself that excites her but being a change agent, the interface between the company and a community. She sees Corporate Social Responsibility as being where safety was 30 years ago and environment was 15 years ago. “I feel that the social side of business is on the cusp and it’s at the tipping point.”

Chantae worked at Kennecott from 1998 to 2008 and was promoted to various environment and communication positions throughout the years. Her last position with Kennecott before transferring to Eagle Mine in Marquette, Michigan was Senior Advisor Strategic Partnership Development. From November 2008 to July 2013, Chantae was the Principal Advisor Communities and Social Performance with Eagle. In July 2013, Lundin Mining purchased Eagle Mine from Rio Tinto and in 2014 Chantae was promoted to Manager Corporate Social Responsibility where she played an important role in development of Lundin Mining’s Responsible Mining Framework and Policy. She relocated to Toronto Canada in September of 2015 when she was promoted to her current position.

Chantae has an Associate of Arts degree in the Paralegal Field, a Bachelor of Science degree in Business Management, a Master of Professional Communication degree and a Graduate Diploma in Community Relations.