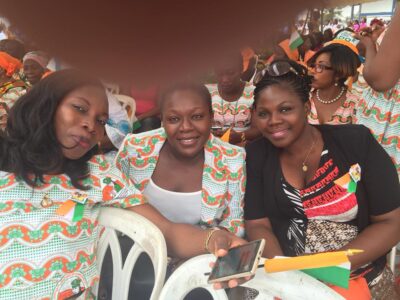 Women in Mining South Africa (WiMSA), in partnership with Deloitte and Wyzetalk, invites you to participate in the 2016 WiMSA survey.
The survey sets out to determine the top trends and challenges affecting women in the South African mining industry. We encourage you to have your say and share your insights by completing the survey here.
The survey findings will culminate in the 2016 WiMSA Report, which will be launched on 18 August 2016.
Deloitte is continuously working on innovative solutions for its clients and partners, ensuring that it’s always making an impact that matters.
This is why the WiMSA survey this year comes to you in a new format.
Follow these easy steps to complete the survey:
1. Click on this link – on your mobile or computer and register to take the survey
2. You may receive an SMS with a survey link if we have your contact details.
3. On the registration page please enter your email address, mobile number and then press “Request a PIN”.
4. You’ll receive your 4 digit PIN via SMS.
5. Go back to the registration page and enter your PIN to log in.
6. Complete the survey – it should take no longer than 15 minutes.
Please complete the survey before Wednesday, 13 July 2016.[/vc_column_text][/vc_tta_section][vc_tta_section title=”Asia” tab_id=”1467992869135-14e0bb57-d736″][vc_column_text]

Women in Mining Mongolia is sharing their preliminary research findings about female participation in Mining sector in Mongolia. They’ve investigated women’s participation, salary gap and female percentage at executive level. The research covered not only mining and mining related companies but educational instititutions as well to consider all sides of women and gender related issues in chosen field. Link to research
March 2016

WIMAR Singapore:  Launched a mentoring program on International Women’s Day this year as well as initiating a member study on Diversity in Mining Focus Group. If you haven’t already signed up to the mentoring programme, send us an email at wimarsg.mentoring@gmail.com!

WIMARQ Moranbah:
A panel discussion on Work Life Harmony drew a record crowd  at their June event which had over 70 participants at the Black Nugget Hotel. More here.
WIMARQ Moranbah gathers every second Thursday of the month at the Black Nugget Hotel – 1971 Bar for a casual catch up with some great people from the resource and mining industries. For more information or you would like to join the organising committee, please contact Marricka Clancy, Kelly Binder or Ashley James.

Individual tickets are now available for the WIMWA Summit – we have a special discount for our Facebook family please use the promotion code FB35 to receive a $35 discount.
We have an excellent line up this year including a dynamic panel of industry leaders including Laura Tyler – BHP Billiton’s Vice President Strategy and Performance; Dr Vanessa Guthrie – Toro Energy’s Managing Director and CEO and Lance Hockridge – CEO and Managing Director of Aurizo.
This year the themes are moving the conversation forward, managing change and resilience. Perhaps one of the strongest Australian examples of resilience is Rosie Batty, Australian of the Year 2015, who will join us to share her remarkable and very inspiring story.
As expected there will also be inspiring industry stories including Kyra Bonney (Chandler Macleod’s WA Indigenous Manager and 40 under 40 winner for 2015), Kate Frost (Iluka Resources’ Principal Mining Engineer), Jayne Finch (KCGM Project and planning engineer – Mt Charlotte underground gold mine) and Nicole O’Keefe (TradeUP Chair and BHP Billiton Apprentice Electrician).
WIMWA Summit 2016 Individual – Register Now

WIMnet NSW successfully launches this year’s mentoring program
The NSW Women in Mining Network committee recently launched its 2016 mentoring program, the second year of the program following the success of its inaugural run in 2015. Read more

WIMnet Tasmania recently held a very successful joint function with the Tasmanian Student Chapter.
The student chapter holds an annual Students Meet Industry dinner and this year we combined it with the first WIMnet Tasmania event of 2016. Our guest speaker for the evening was our very own WIMnet Chair, Kate Hobbs.
Kate gave an inspiring talk on her experience in the mining industry and the challenges facing women in resources. Much food for thought for the many students present that evening. We would like to thank Kate very much for travelling from Adelaide to share her words of wisdom.

WIMnet Victoria
Previously known as Women in Resources and Mining Victoria (WiRV), we are now a fully integrated member of the AusIMM WIMnet team. Read more

2016 SA Women in Resources Awards
The 2016 winners were announced at a SACOME Lunch on 19 May 2016.  Read the media release
Established in 2014, the South Australian Women in Resources Awards recognise and celebrate the contributions and achievements of individuals and organisations working to build a world-class industry. Recognising those playing a leading role in the advancement and participation of women in the resources sector.
There were two finalists from the WIMnet SA committee: Kate Hobbs and Jasmine Richards. Read more

Stephanie Mathews interviewed three women in the minerals industry with a variety of backgrounds to get an idea of their experiences working in the sector.

Women in Mining UK (“WIM UK”), a not-for-profit organisation dedicated to promoting and progressing the development of women in the mining and minerals sector, is pleased to announce that Debbie Thomas will join the Advisory Board as Non-Executive Chairperson with immediate effect. Debbie replaces Amanda Van Dyke who has stepped down as Executive Chairperson today. Read press release here[/vc_column_text][/vc_tta_section][vc_tta_section title=”North America” tab_id=”1467993090326-73c2238f-1c3b”][vc_column_text]

On Wednesday, May 11, 2016, Women in Mining BC “WIMBC” held their annual cocktail reception in Vancouver. The event amassed a turnout of over 200 people and as with all WIMBC events, brought together both women and men, young and old, from an array of backgrounds and walks of life, to network, pay homage to 4 key industry players and to listen to our keynote speaker, Anna Tudela.

At the reception, WIMBC paid tribute to 4 prominent women on Vancouver’s mining scene.
Firstly, Anne Chalmers from Teck who on December 2nd, 2015, was officially recognized at a ceremony in London, UK, alongside other successful women, as one of 2016’s 100 Global Inspirational Women in Mining.

Secondly, 3 out of the six women that were awarded by Business in Vancouver as  “2016 Influential Women in Business”,   are working in the mining industry and were honoured for helping to influence and shape policy at some of Canada’s largest companies.

Women in Mining/Women in Nuclear Saskatchewan – WIM/WiN SK has recently launched its first ever scholarship!

Chief Math’ieya Alatini of the Kluane First Nation (KFN) was inducted and recognized by Yukon WIM in 2016, acknowledging the important role that indigenous women have in technical and leadership in the Nunavut industry. Read it here

In Spring 2016, the Mining industry Human Resources Council (MiHR)  conducted an online discussion on Diversity and Inclusion in the Canadian Mining sector.

The Canadian Apprenticeship Forum is a non-profit organization that promotes apprenticeship training across Canada.  Their aim is to help Canada build a highly skilled, productive and diverse skilled trades workforce.
The Forum has developed a centralized resource entitled “Skilled Trades Network” as a part of their website, to help women learn more about the trades and to access the resources they need to progress in their training and careers.
In addition, there is a video and podcasts section where women and employers share their stories  and a community discussion forum where women can share their experiences and “ask an expert” pertinent questions.
Information about pre-apprenticeship programs, networks and financial supports is provided for each province and territory.

National Mining Hall of Fame and Museum in Leadville, Colorado has selected the Women’s Mining Coalition as the recipient to the Prazen Living Legend of Mining Award. the Award will be bestowed at the 29th Annual National Mining Hall of Fame induction banquet on September 24, 2016 in Las Vegas, NV.[/vc_column_text][/vc_tta_section][vc_tta_section title=”South America” tab_id=”1467993101440-c788c97f-5a0a”][vc_column_text]

It was organized by FUNDAMIN,  it lasted for 2 days which and was were very productive: Mr. Jaime Berge (Chairman of the Chamber of Mining in Juan) and Laura Ropolo (Representing the Ministry of Mining in San Juan)  opened the  Forum. Speakers spoke about difficulties that women encounter during their careers in this industry as well as disparities in gender , how many companies now are employing more women , how they are having programmes in order to give support to families etc.
Press Release WIM Argentina Conference

WIM Chile continues with their project to educate girls in secondary schools about how to get into the mining industry. This scheme started in Santiago and now they have expanded to more  states in Chile, the group continues growing with currently 1200 members.

On the 12th August WIM Chile will hold its annual dinner in the presence of 200 guests.

Guyana Women Miners Organisation is still having to overcome many difficulties within the mining industry. They have encountered lack of communication from the government as to how to implement the Minamata Convention.
Nevertheless, they were successful in rescuing a women from trafiquers and now she is starting her own business. There is a possibility WIM Guyana will host a conference in order to talk about all the problems women in Guyana encounter encounter daily.

In honour of Caribbean Heritage Month, Chief Executive Officer and President of Global Connections Consultants, Guyanese Allison Butters-Grant, will be honoured in Washington, DC, USA. The event will be held under the theme “The Caribbean: Beyond Sun, Sand & Sea – Strengthening Trade among Caribbean Nations”. Allison is GWMO’s Treasurer

WIM Mexico has grown very quickly: the group is very enthusiastic, they have already organised meetings and received speakers from other countries. The cooperation and communication between the groups in different states have improved and strenghtened. There are chapters in Durango, Chihuahua, Sonora, Zacatecas. Projects are in the planning stage.

WIM Mexico Durango held their first event on the 9th of July where they celebrated  Dia de Minero 2016  in Durango city, with a 5K run. Having more than 480 participants from 20 different mining companies come together was astonishing and the support given to WIM Chapter Durango was overwhelming.
Along with the IMMGM (mining association) and the ladies who organized and liaison to their companies the importance of this gathering was a key to the success. More than a celebration of Dia del Minero it was a time to introduce WIM to the mining sector in Durango.