Home » News » Congratulations to all winners of the WIRNA Awards!!

Congratulations to all winners of the WIRNA Awards!! 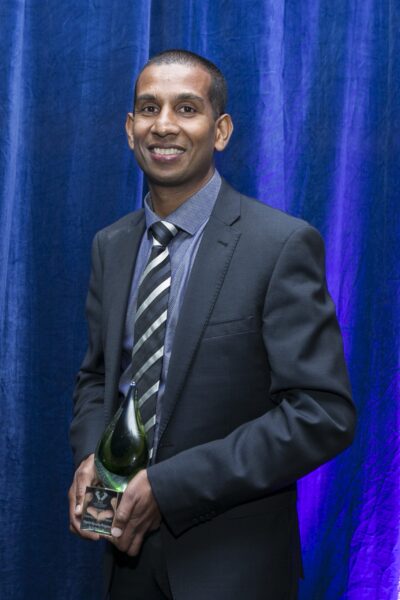 Congratulations to all of you from everyone at International Women in Mining Community!

Company Excellence in Diversity and Performance

In 2011 Santos introduced the Gender Equality Program as part of its broader Diversity Strategy. Evidence of progress towards gender equality and increased female representation suggests a combination of initiatives and strategies are crucial to success. Since its inception, the multifaceted Gender Equality Program, through its strong governance, monitoring and improvement focus, has delivered benefits across a variety of initiatives.

The Gender Equality Program is governed via strong executive support and measurable objectives as set by the board and senior leadership team, policies and internal audits.

Changing lives and empowering Indigenous women to determine their own future were just some of the reasons behind the creation of the ‘Oothungs’ (Sisters) in Mining Program – the result of a unique and collaborative effort between Thiess , Wesfarmers Resources and The Salvation Army Employment Plus team.

The program delivers a four-week, pre-employment program to kick start careers for women as trainee-haul truck operators. Upon successful completion of the program, most women take up permanent full-time positions as haul truck operators with Wesfarmers Resources at its Curragh mine or at the Thiess-operated Curragh North or Lake Vermont mines. In addition to the career-enhancing technical competencies acquired, participants receive important life-skills training in areas such as goal setting, negotiation, nutrition and managing money.

The ‘Oothungs’ (Sisters) in Mining Program has given 15 Indigenous women the opportunity to take full advantage of a successful career, including the benefits the industry has to offer, creating a positive flow on effect for them, their extended families and communities. The program has been enthusiastically endorsed by all of the participants, who have become role models for their children and other members of their communities.

Sabrina’s current position is Plant Operator at Prominent Hill. She has been an employee of Thiess for 3.5 years, and she is an experienced Dump Truck operator, who has recently qualified as a D10 Dozer operator (currently the only female Dozer Operator on site.)

Sabrina is a hard working young indigenous female who is blazing a trail in the mining sector for other indigenous people both male and female.

Sabrina lives at the Kalparrin Community in South Australia. Kalparrin is a South Australian Aboriginal community controlled organisation that was set up in 1975 by a group of elders who were looking to set up initiatives to support the well-being of the community. Sabrina enjoys contributing to her community in many different ways during her R&R and is a wonderful role model to those living in the community.

As an Indigenous Mentor, Sabrina is able to assist her workmates in resolving issues and also act as a liaising staff member to speak with the Thiess Leadership team when other staff are hesitant to do so. Sabrina’s mantra is to have daily interactions with her crew members, stop and ask how they are going, listen and acknowledge the person. Indigenous employees still have a reluctance to approach a supervisor to ask questions, however Sabrina is seen as the conduit to assist her fellow workmates to approach and discuss issues with their supervisor.

Helena joined the Santos Graduate Program in 2008, initially as a Field Production Optimisation Engineer based at Ballera, South West Queensland and in 2010 she shifted to a Reservoir Engineering role looking after Cooper Basin oil and gas assets.

In 2012, Helena decided to broaden her industry knowledge by taking on a Planning Analyst role, responsible for modelling and identifying the opportunities, threats and implications of various investments and operating scenarios that affect Santos’ Eastern Australian portfolio. She moved back into a Reservoir Engineering position in mid-2013 to broaden her technical experience and since then has been promoted to Senior Reservoir Engineer.

Helena is a frequent speaker at university and industry events, often giving presentations to university students interested in entering the resources sector, either on behalf of Santos, Society of Petroleum Engineers or as invited by other professional societies such as Engineers Australia and the Australian Institute of Energy.

In her personal time, Helena is currently co-authoring a paper on the ‘Adoption of Social Media in the Australian Energy and Resource Sectors’. An abstract for this paper has been accepted for presentation at the 3rd International Conference on Social Responsibility in Mining, (SRMining 2015).

Beginning with an unconventional path into the sector, Bronwyn Barnes’ 15 year mining career has included roles at companies from BHP Billiton to emerging juniors in director, leadership and operational roles. She has a passion for the industry and its relationships with the outside world, and an outstanding track record of ensuring effective corporate governance, winning government endorsement and approval, and driving equity for Indigenous people. She has steered major projects from exploration to operation, and connected the Western Australian resources sector with international mining investment.

Bronwyn holds a number of director positions stretching beyond the resources sector that reflect her interests in corporate governance, Indigenous affairs, education and political life. Bronwyn actively promotes women’s involvement in mining and she mentors and supports other women to participate in the resources sector.

Jacqui McGill has been in the mining and resources industry for over 20 years and broke new ground as the first female mine manager in South Australia and in mid-2013 being appointed the first female Asset President in Coal with BHP Billiton Mitsui Coal (BMC) in 2013.

Jacqui has a passion and drive for ensuring the resources sector is more reflective of the communities we live in through being more gender balanced, and providing opportunities and an environment where women can be successful.

In her time as General Manager and Asset President with BMC this drive has meant the pipeline of female talent has increased considerably now with 33% of BMC Managers in non-traditional roles being fulfilled by females and nearly 60% (four of the 7) BMC Executive Leadership Team (ELT) roles now fulfilled by women.