Originally published by The Guardian – October 2016.

Australia’s richest woman, Gina Rinehart, has invested £245m in the UK’s biggest potash mine on the edge of the North York Moors national park.

The £1.7bn mine, which was given the go-ahead last year after a protracted planning battle, has promised to restore the region’s proud mining heritage and bring more than 1,000 jobs. 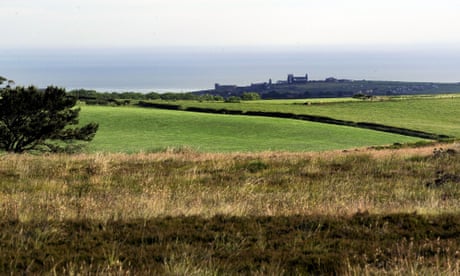 The project received a major boost on Tuesday when Sirius Minerals, the company behind the Yorkshire mine, announced a US$300m (£245m) deal with Rinehart’s Australian agricultural firm Hancock Prospecting.

The mine, which sits on protected moorland overlooking Whitby and Robin Hood’s Bay, aims to produce up to 20m tonnes a year of a potassium-rich mineral called polyhalite, a type of potash fertiliser described by Sirius as a “fertiliser of the future”.

Under the deal Rinehart will purchase $50m of Sirius shares and pay $250m for a 5% royalty stream on the first 13m tonnes of fertiliser produced by the mine annually, and the right to purchase up to 20,000 tonnes of product each year for use on her expanding Australian agricultural holdings.

Rinehart said: “This project delivers a new and natural product that is relevant to Hancock’s focus on agriculture, and after years of field tests and across many crop types, demonstrated improved yields.

“Sirius has a large, high-quality mineral resource and is located in a stable jurisdiction with a competitive tax rate. The project has the potential to become one of the world’s leading producers of multi-nutrient fertiliser and could have a life of 100 years – this fits with my approach of investing in strategic areas for the long term.”

The mile-deep mine shaft was narrowly approved in June 2015, by eight votes to seven, after a protracted four-year planning wrangle that drew opposition from conservationists.

The project was supported by 93% of local people who wrote to the council, 81% of whom live in the national park.

But it was opposed by groups including the National Trust, Natural England, the Campaign for National Parks, the North Yorkshire Moors Association, the Royal Society for the Protection of Birds, the Campaign to Protect Rural England and the Yorkshire Wildlife Trust.

Sirius estimates that the mine will increase North Yorkshire’s economy by 10%, with £48m injected directly into the stagnant local area, which has never fully recovered from the loss of coalmining and fishing industries.

All mined polyhalite will be transported underground on a 23-mile conveyor belt running underneath the North York Moors national park to a handling facility in Teesside.

Chris Fraser, the managing director and chief executive of Sirius, said: “We are delighted to have signed this agreement with such an experienced party in the mining industry, as well as one that has very successful and strong leadership, and a long-term and growing agricultural interest.”