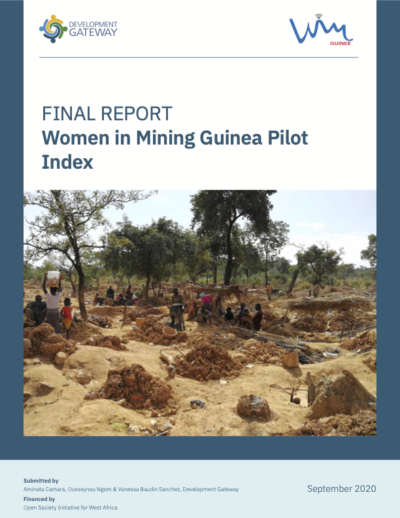 In general, actors in the mining sector are working towards greater involvement of women in private companies, in the management of mining resources, and in decision-making bodies. Guinea has ratified most international conventions on women's rights and gender equality, including the Convention on the Elimination of All Forms of Discrimination Against Women (CEDEF) in 1980, the 1993 UN Declaration on the Elimination of Violence Against Women, and the African Charter of Human and Peoples Charter Protocol on Women's Rights in Africa in 2003 (The Maputo Protocol). The country also joined the 2015 Beijing Action Program, which provides specific guidance in areas such as violence against women, education, and girls' rights.
Download report
Visit Website
View Source