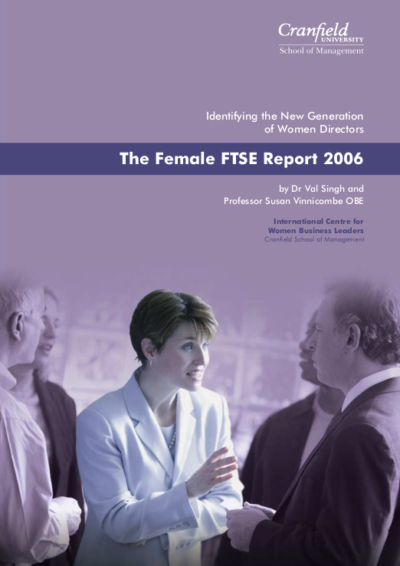 Only 77 FTSE 100 companies now have women directors, down 1% from last year. Five FTSE 100 companies appointed their first ever woman director (Cairn Energy, Rexam, British Land, Reed Elsevier, Shire), but some boards reverted to all-male status. Thirteen FTSE 100 companies now have female executive directors, up from only 11 in 2005, but still indicating a major under-development of female talent after more than three decades of mandatory equal opportunities policies. However, in line with Higgs’ recommendations, the balance between executive and non-executive directors is changing, resulting in 20% reduction in executive seats since 2002, so competition for executive seats is keener than before.
Download report
Visit Website
View Source