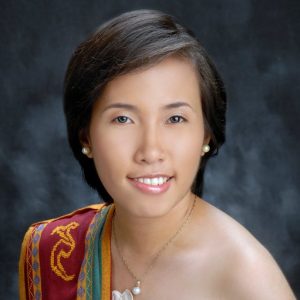 Every experience is a learning opportunity. Be flexible; develop new skills, work on your strengths.

Rodalee Ofiaza took a leap of faith and became a mining engineer having originally considered a career in chemical engineering. She’s never looked back and believes she’s right where she wants to be. Now she campaigns hard to get the industry’s voice heard in the Philippines as she thinks the only way for the mining industry to become successful is to raise awareness about what it has done for the country and what it can do for the country “if we do it right”. Women can play a key role in providing a voice for mining communities and acting as effective intermediaries. She’s trying to encourage more women into mining in her country. She also thinks it’s time to give women more opportunities to be on boards because many deserve to be on them.

Rodalee Ofiaza is a licensed mining engineer and works as a technical adviser to the chairman of the Chamber of Mines of the Philippines. She manages technical studies and financial analysis of various mining projects in the Philippines. She is also involved in other projects that promote responsible mining. She has been the lead coordinator for Mining 101: Mining for Non-Mining Professionals Lecture Series, an information campaign and fundraising project, promoting Geology, Mining Engineering, and Metallurgical Engineering as professional careers for incoming college students. She is also a trustee of the Diwata – Women in Resource Development Inc, a non-governmental women in mining organization. Ms Ofiaza obtained her bachelor of science in mining engineering from the University of the Philippines, and is finishing her master of science in finance from the UP Cesar Virata School of Business. She is a member of the Philippine Society of Mining Engineers and the Australasian Institute of Mining and Metallurgy.