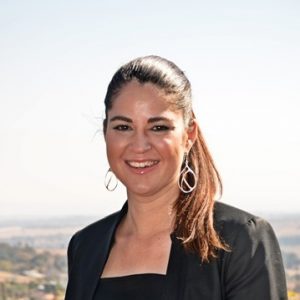 As a person, not just as a woman, it’s so important to have belief in yourself and that you can add value

Lara Smith is the Founder and Managing Director of Core Consultants, a consultancy firm that provides commodity market research, analysis and valuations to the global mining industry. Although Lara reluctantly became involved in mining, today she cannot envisage another career. She regards mining as a fascinating, multidisciplinary, international field and loves the opportunities that it provides for meeting incredible people and amazing personalities, as well as international travel and involvement in projects around the globe. She suggests taking every opportunity you can: just saying yes! Don’t think too much about the future, and don’t have set career goals. As a mining economist, Lara is a trailblazer in her field who believes in consistently providing high-quality work, adding value to all she does. Things have come a long way from when she first started out and was asked: ‘But what can a woman tell me about mining?’

Lara Smith has been an analyst for over thirteen years, starting her career as an equity analyst at Foord Asset Management and then as the lead analyst for a diversified mining investment firm, where she was responsible for sourcing, analysing and evaluating potential mining acquisitions in Africa and the Baltic regions. In 2009, she independently authored three in-depth studies that formed the inception of Core Consultants. As the Founder and Managing Director of Core Consultants since June 2009, Lara, with her team, is committed to supplying high-quality commodity market research, analysis and valuations to global institutions. An internationally recognised expert in the field of mining analysis and a well-known speaker, Lara has a BSc in Chemistry, Statistics and Economics and a BComm (Hons) in Financial Analysis and Portfolio Management from the University of Cape Town in South Africa.