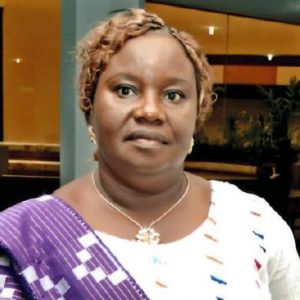 Job title (at time of interview)Metallurgical Superintendent at Endeavour Mining

Pauline Tahi came to mining by chance some 22 years ago. Since then, she has been involved in the commissioning of every mine in her home country of Ivory Coast.  Although she was often a victim of discrimination during her career, she says attitudes are changing and are much better today towards women. She urges them not to be put off.  Pauline believes you have to be confident in yourself and your abilities, and for those starting out in mining, she recommends reconciling work and private life so as not to have to choose between your career and family life as she was forced to.

Pauline Tahi has 22 years of experience in gold ore processing and metallurgical laboratory management. Her first taste of the working world was with SOMIAF, EDEN ROCK & Mineral Corp, where she worked as a Gold Plant Supervisor and Safety & Environment Coordinator. Five years later, she moved to CMA, AREVA, for 5 years as a Laboratory Manager, then transferred to SMI, AREVA Metallurgy section development for another 4 years. She joined CLUFF Mining to start their project, and left after the commissioning a few months later. She also worked at EQUIGOLD-LGL Mining for 2 years before going to TONGON SA, RANDGOLD Resources, then back at BONIKRO MINING, NEWCREST CI, for 3 years. Currently, she’s Senior Metallurgist at AGBAOU GOLD OPERATIONS, ENDEAVOUR Mining – CI. She has taken part in the commissioning of all the mining companies in her country.

In March 2015, she was nominated as President of Women in Mining Cote D’Ivoire (FEMICI).

On the back of a recommendation by the WAEMU that all members states should have a common mining policy, it was also decided that each country should have a women in mining organisation. The first meeting of the 8 member  countries + Guinea took place in July 2014. Since they each incorporated a WIM group in their own countries and on the 22nd of July 2015 launched WIMOWA (Women in Mining West Africa), the regional network representing 9 countries; WIMOWA has an executive board composed of 13 members elected for a term of 3 years and is currently chaired by Aida Tamboura from Burkina Faso. Pauline Tahi is the representative of Cote d’Ivoire on the WIMOWA committee.