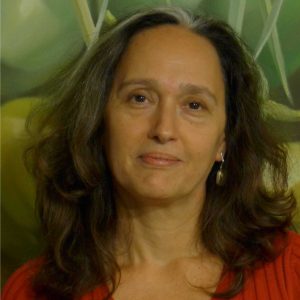 What makes us strong is ourselves

Maria Laura Barreto grew up in Mozambique, moved to Brazil in 1985 where she stayed over 15 years, then on to Canada in 2002 where she still lives and works with a global remit. Combining law and mining technology in an unusual way, she has dedicated her career to rethink mining.

In Brazil during 17 years, she undertook more academic work as both a researcher and professor, but also served as a senior legal and policy advisor for the Secretary of Mining and Metallurgy, particularly in the area of sustainable development and international environmental negotiations. During the fifteen years that Ms. Barreto worked in the Centre of Mineral Technology she focused primarily on two main project areas – the implications of the concept of sustainable development for the mining sector and the formalization and legalization of Artisanal and Small Scale Mining. In response to the very significant social implications and legal challenges related to Small Scale Mining, this became the subject of her PhD.

Since 1982 Ms. Barreto has been continuously active in the field of environmental law and the extractive industries in more than 20 countries. Her career has involved three major phases of activities that correspond to her different locations in Mozambique, Brazil and Canada. In Mozambique she worked primarily as a legal advisor to the Minister of Mineral Resources.

Arriving in Canada in 2002, Ms. Barreto co-founded a consulting company, the Materials Efficiency Research Group (www.merg.ca), which has subsequently worked with a range of governments, companies and NGOs, on environmental and social issues in the extractives sector, including ASM.

Ms. Barreto serves on the Board of the Alliance for Responsible Mining (ARM) – an organization established in 2004 that is now leading a series of innovative, internationally recognized projects focused on ASM. ARM’s main initiative is the Fairmined certification theme (for more information see www.communitymining.org). In March 2010 Ms. Barreto was elected Chair of the Board.