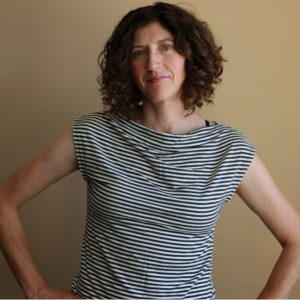 Why should a woman have to be like a man?

With 20 years’ experience in the mining industry in North America as a process engineer and metallurgist, Linda Dufour believes mining needs to do a lot more to encourage women to come into the sector; be promoted and not be tempted to leave by the lack of opportunity. While some parts of the industry have seen a rise in the number of women employed in it, she thinks metallurgy is die-hard male and could do with rethink over values. She wants quotas for getting women on boards. Team work, problem solving and getting things done are her passion.

Graduated in 1990 with a Bachelor of Engineering degree from McGill University, Montreal Quebec, Canada. Over twenty years’ experience in the field of metallurgical engineering in industry and consulting acquiring hands on operational and superior supervision and project management skills.

During my undergraduate degree I worked four summers at two mines. The first two summers at a base metal mine and the last two summers at a gold mine. I did everything from manual labour, pilot plant testing and metallurgical test work, working directly with the operating crew and maintenance crew. Once I graduated the first four years of my career were spent working at mines. First year at a tin mine, the other 3 at a high grade gold mine. It was my time at the gold mine that I really learnt about mining and was given opportunities to lead and manage projects as well as have the support of my supervisor to test innovative equipment which resulted in eventual installation with extremely positive results.

Following this period I have spent the rest of my career working as a process engineer in engineering consulting, starting as an intermediate and eventually becoming a senior and/or lead process engineer. During this period I worked on over 30 projects in the mining sector across the world. I was involved in process development, basic & detailed engineering, and commissioning. I collaborated with other discipline engineers on projects.