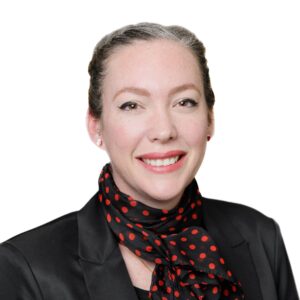 I will always stand out in a male-dominated workforce, so I have chosen to bring my full self and always be authentic, because anything less is not helpful for me or my organisation.

Kristy Christensen is Director and Female Inclusion Expert at Shesfreetobe Ltd. She is an experienced technical and operations leader with experience in geology, geotechnical engineering, gas drainage, and mining engineering in gold, coal and iron sands  commodities across Australia and New Zealand. During her 15-year career in the mining industry, and most prominently when she worked in underground coal mining, she felt the structural barriers that exist in our mining workplaces. She is on a mission to help organisations correct the many small issues, which, when combined, add up to a workplace experience that doesn’t welcome, care for, or value women. Her goal is to ensure that the workplace works for women, so that everyone thrives.