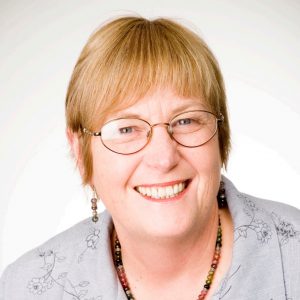 Job title (at time of interview)Chair of Toro Energy

I don’t want women to fail

Erica Smyth has almost 40 years’ experience in the mineral and petroleum industries and loves geology. Originally she thought she would become a chemist, but realised after a year of studies that she didn’t want to be in a white coat, stuck indoors in a laboratory for the rest of her life. She’s moved from the mine face to the board room and urges young women starting out to enjoy going to work. “Find things that excite you about what you are doing because you need to make sure you are not wasting your time and not doing anything about it.” But she thinks mining companies and governments need to make significant changes to childcare provisions to help women on their path to executive roles.

Erica Smyth has almost 40 years’ experience in the mineral and petroleum industries. She was Principal Geologist for BHP Minerals Lt for 7 years, and then BHP-Utah Minerals International’s Beenup Project Manager for 4 years, before moving to BHP Petroleum as their Manager Gas Market Development WA and later joined Woodside Petroleum Ltd as General Manager – Corporate Affairs. She has been a professional company director since 2005. She has a Bachelor of Science from University of Western Australia and an Applied Master of Science from McGill University in Montreal, Canada. In 2012 she was elected as a Fellow of the Australian Academy of Technological Sciences and Engineering.

She is currently the Chair of Toro Energy Ltd and the Diabetes Research Foundation of WA. She is also a Director of Emeco Holdings Ltd; the Australian Nuclear Science and Technology Organisation (ANSTO), the Deep Exploration Targeting CRC, the Royal Flying Doctor Service (Western Operations), and the Harry Perkins Institute of Medical Research. The Chamber of Mines & Energy (WA), as part of the Women in Resources Award 2010, awarded Dr Smyth a Lifetime Achievement Award for her contribution to the industry.