We are dedicating this space to survivor stories of discrimination, bullying, racism, harassment and sexual violence submitted to us anonymously.

As a geoscience student field trips to remote places are common. I was quite an isolated person not having friends in the class. Something happened where I was groped between my legs by another student. I was too shocked to react. I didn’t have cell signal and I had no one to reach out to for support. When he tried again I stood my ground and he began to bully me instead. Sabotaging work projects, talking over me, making fun of me in a different language. A few days later I got drunk and hysterical. People didn’t know what had happened and I ended up being iced out for the rest of the year. Late nights doing your lab-work alone with someone who assaulted you isn’t something I’d wish on my worst enemy but no one believed me. I know I should have handled it better and I still wonder if it was my fault.

I have been a geologist in the mining industry for the past 35 years and I have a lot of stories to share of sexual harassment, sexual assault and bullying. I have also been demeaned, treated with disdain and many have questioned my expertise based on my gender while men with far less experience and exposure to fewer mineral deposits, have been assumed to be the expert in the group.
In my first job out of university, I was hired at a mine in Northern Ontario but was not allowed to visit the underground workings because it was still considered bad luck if a woman visited the mine. I logged core on surface, that came from the underground, for six months before a new mine geologist advocated for me to be an underground geologist. When I started working my route underground, I was met with both support and rejection by the underground staff, but I persevered and just did my job.
The underground sampling crew were upset that I was now their boss and they wallpapered my core logging area with pornography. I took them down and put them on their desk with a note that this was not OK. The next day the pictures were back. I took them down again and put them on their desk with a note that this was to stop. The next day, the pictures were back. I took them down a third time and put them on the desk again. Later that day the lead sampler stormed up to my work desk and yelled at me that if I touched “his pictures” again, he would break all my fingers and shove my hands into the jaw crusher (a rock crushing machine). I was 25 years old at the time and this was a very violent threat he was making. I reached out to the mine geologist and told him what had happened and though the situation stopped and there were no more pictures hung in my work area, the tension was incredible and I had to continue working with the samplers. I was not going to let them scare me away and I persevered and did my job.
The next year, I was working in an exploration office and the lead geologist leaned over me one day and whispered in my hear that he wanted to do “weird things to me with a fork”. I was so frozen I did not know what to do or say but I showed up to work the next day and did my job.
I then worked for a few really good companies and lead geologists and learned from them and was mentored by them.
Then I worked for a consulting company where I was targeted by attempted assault when a geologist I was working with tried to push his way into my hotel room and I had to kick and punch him until I was able to slam the door shut and lock it while spending the night in total fear that he was going to come back and try again.
I was working for an industry leader in my specialized field. One day we were working on a project review and were looking at hundreds of statistical plots and analysis of data distributions when, out of the blue and apropos to absolutely nothing he said, “This job is like rape, sometimes you just have to lie back and enjoy it”. Being a survivor of sexualized violence (before I entered mining) I was shattered by this comment. I felt my brain explode into a thousand pieces, like a cartoon, and then get sucked back into my head again a few seconds later. It took me several moments before I could get up and walk out and rebuild myself.
I am still in mining and have worked around the world, I still have my expertise questioned and my experience discounted but I am confident in myself and know that the other person is the weak one. I am an expert in my field and I show up for every job with my whole self and I do my job.

Gender discrimination is subtle… and complex

“As female mining engineer with 25+ years of experience, I confess that for the major part of my career I didn’t realise how much of an issue gender discrimination actually is. Of course, I had heard other women talking about how mining industry is historically a male-dominated sector, and for a long time I much dismissed the whole topic, and even questioned the legitimacy of specific “women in mining” initiatives. So why isn’t there “men in mining” associations, and what is all the fuss about? Didn’t we all know up front that this was a male dominated industry?

My vision started changing during the pandemic, year 2020. I was working full-time out of my home-office, and apart from my full-time job I was busy being a mother of three teenagers. In parallel I was trying to maintain the household and being a nice spouse, whilst my early morning meetings could start as early as 7 AM and late-evening meetings finalising around 11 PM. I was working for a global firm, hence my extenuating hours, although I had a lot of flexibility during the day with time for some sports or leisure. Doesn’t that sound like a dream job? Well, turns out it was not.

I had been having a difficult relation at work with my superior, a situation that up until then I had justified by us having different characters. And then one day, I simply collapsed. I woke up with a terrible headache, I felt horrible and honestly, I looked awful. Surrounded by a good support team including my family, friends, and a therapist, I quickly started realising what I had been denying for a long time. I was burning myself out at work, dealing with a boss who was consistently, permanently, and passive-aggressively jeopardising and undermining my hard work.

I started connecting the dots. I remember that moment some months ago when I was unexpectedly asked by my boss to give a presentation to an external entity, which really surprised me because I hadn’t really participated in the upfront work. How could I not see that I was what they needed, I was exactly the right person to be put in the spotlight and to project the correct image for the company: Look, we have a woman here in a position of leadership! Or the various other opportunities when I asked my male colleagues for some advice on how to handle our superior, because somehow it seemed that I was getting no real support from him for my work, while my male peers were not facing similar issues at all. And then there were all those times when there were insinuations that I was too aggressive, pessimistic, or unrealistic whilst my male colleagues were being praised for being committed, insistent, and task oriented.

I was quickly promoted to a senior leadership role and many colleagues did not believe I had the experience or knowledge to do the role well. After one trip to site, I provided feedback to a colleague on issues I had seen and made suggestions on how we could work together to resolve the issues. It was barely 5 minutes after I sent the email that my phone rang and my colleague was on the other end of the line. He was irate and screaming at me through the phone telling me how unqualified I was, how unprofessional I was and how no one believed I should be in the role I was in. He berated me and I was stunned into silence as I held the receiver to my ear listening to the insults being hurled at me. The things I was hearing were horrible and after listening for too long I finally forced an end to the conversation. Those words have stuck with me and I have to consciously remind myself that his words were not truth, however it is still difficult.

The process of realisation of what had been happening to me, in an environment where I had felt safe for so many years before, was daunting. It was not easy to come to terms with the fact that what I had minimised and disregarded as exaggerated or unrealistic in the past, had indeed been happening to me. The weight of at least several decades of gender discrimination in the workplace fell onto my lap. And so I asked myself the big question: What can I do about all this? One thing is experiencing gender discrimination, and something completely different is reporting it and having to demonstrate it. For an outsider to see what’s going on, and validate it, takes time and a lot of energy. And without an outsider as an independent observer or witness, gender discrimination is hard to prove. Nowadays, gender inequality is hardly ever explicit. Corporate regulations have been set up to avoid that. So, it is more hidden, implicit, and subtle; and when it turns into something ongoing, repetitive, and consistent, its effects can be severe, especially for the person who is affected. And it becomes even more complex when the person who is discriminating falls into a type of twilight zone between conscious and unconscious behaviour: their family history, culture and personal experiences unavoidably impact their definition of what is right and wrong, so even if there are good intentions, it doesn’t mean that what they are doing, how they are relating to others, is not hurtful and outright wrong.

Unequal opportunities and discrimination can happen even in the best organisations. And employees of companies without any explicit policies do not necessarily fall victim to discrimination. It comes down to the people who are involved. Reporting can be the correct way forward, especially if corrective measures can be taken which do not further victimise the reporter. This unfortunately is not always the case. There is no doubt that companies will never tolerate unethical behaviour openly. But the issue is whether as victim you can prove such behaviour, and break through the power structure within a company if necessary. And if the right conditions are not given, then reporting can even backfire and cause more harm on the victim.

In general terms, my advice would be to always explore options for reporting unacceptable behaviour, in parallel with looking for a healthier work environment elsewhere. Don’t hesitate to get professional support from a coach or a therapist. What matters at the end of the day is that victims of discrimination at work are given the opportunity to fully recover and come out stronger, by having the right type of support at the right time. ” 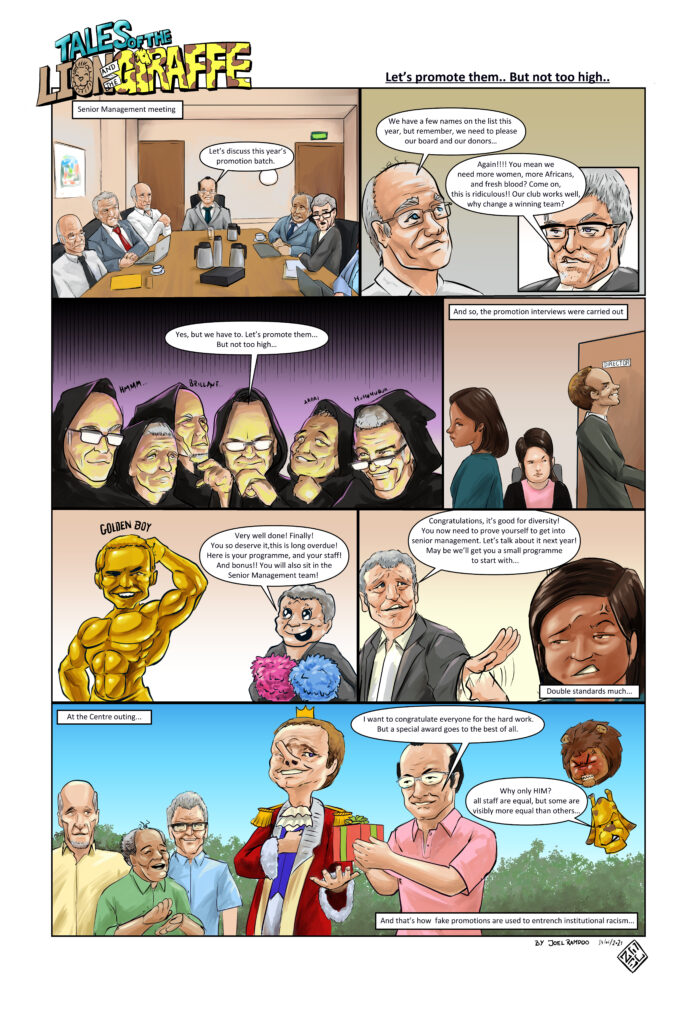 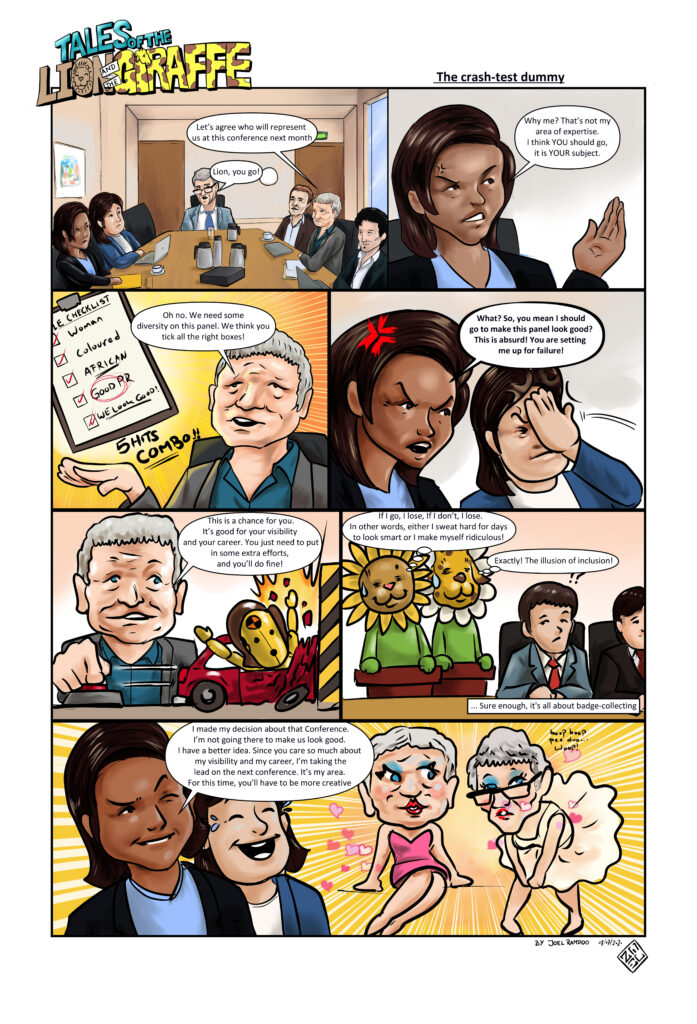 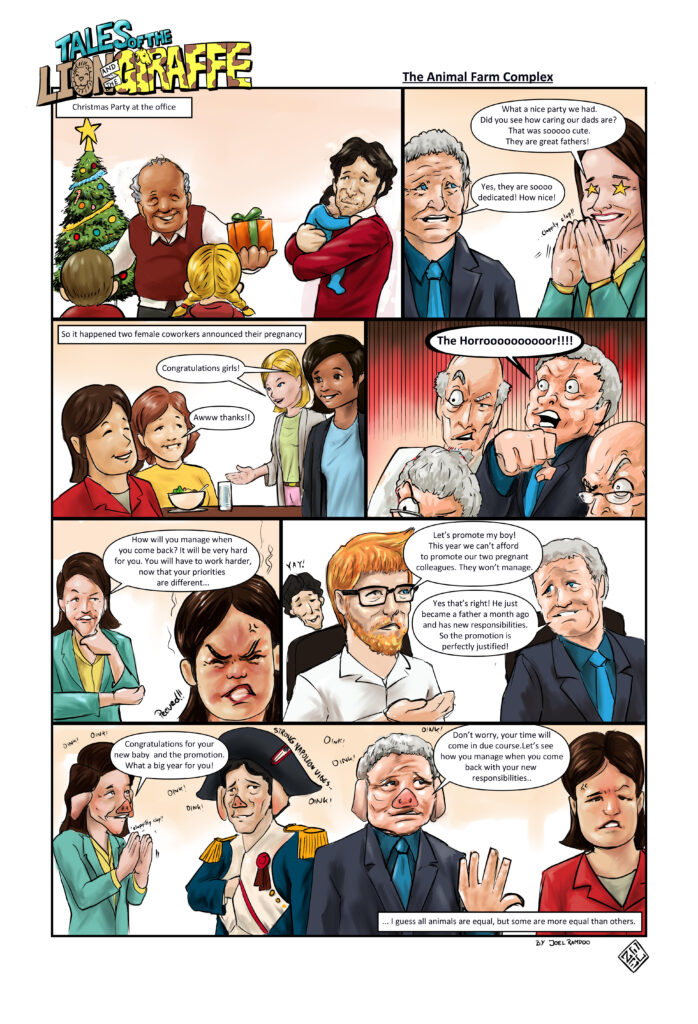 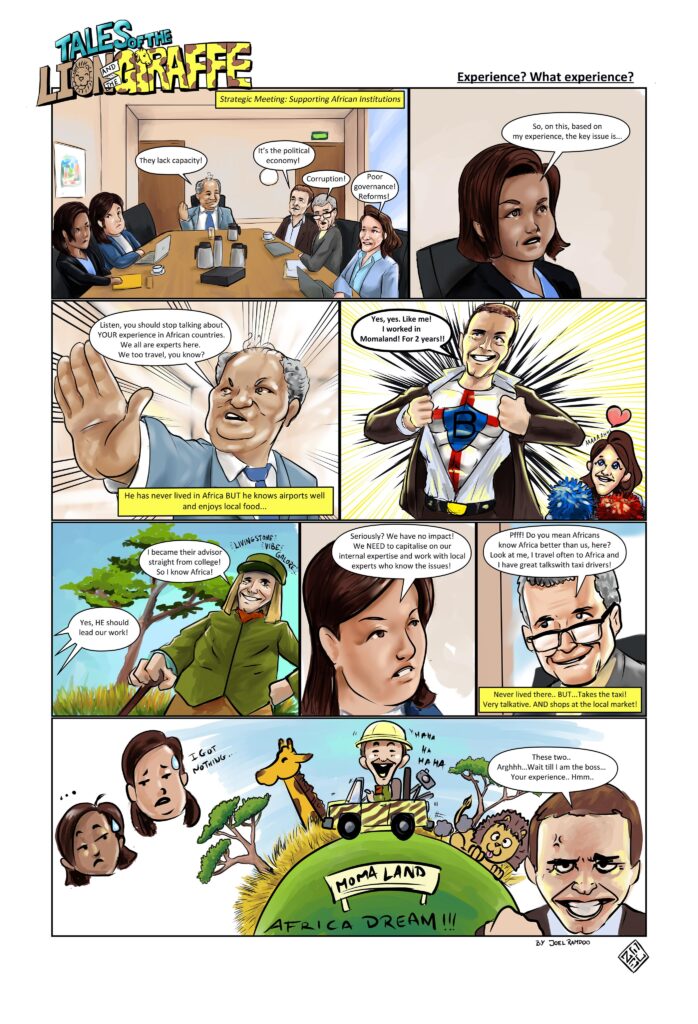 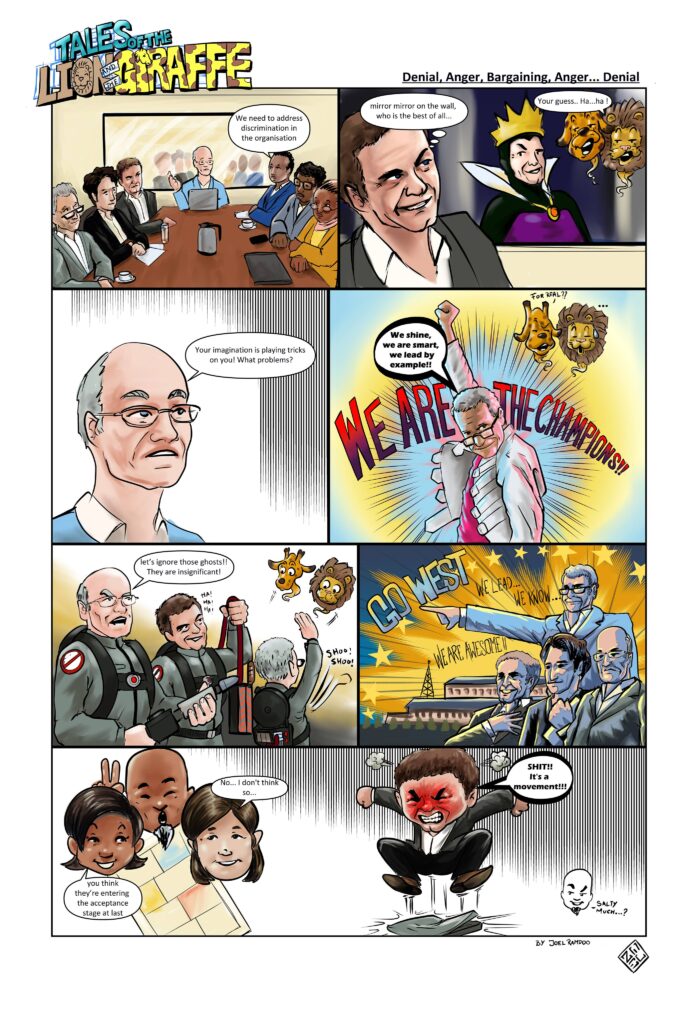