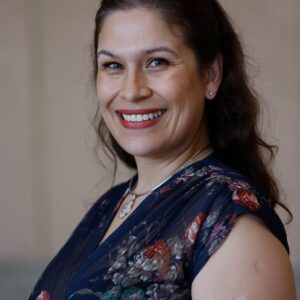 Job title (at time of interview)Head of Operations

“Working in an industry with a majority of men can be tough. Language, humor, treatment, and many other cultural aspects can be challenging. The more women are part of a team or group, the easier it will be for them: mutual support is key.”

Bárbara Alcayaga graduated with a degree in Fine Arts from the University of New Mexico, but then encountered the mining and metallurgical industry in her first job with Fluor and her career has since been closely linked with this industry. She has worked in communications, marketing, and management roles with companies supporting the mining industry, including SNC-Lavalin, Hatch, Gecamin, and the Chile–Australia Chamber of Commerce (Auscham). Bárbara has become increasingly involved in issues of sustainability in the mining industry, particularly gender and inclusion in the workplace. Her recent appointment as Head of Operations for International Women in Mining combines her passions for enabling people to work together, promotion and support of women in the mining sector, and networking and project management across a range of cultures, languages, and global locations.

This interview is adapted from the original Spanish version, first published on 20 August 2022 by Minería y Futuro, Chile